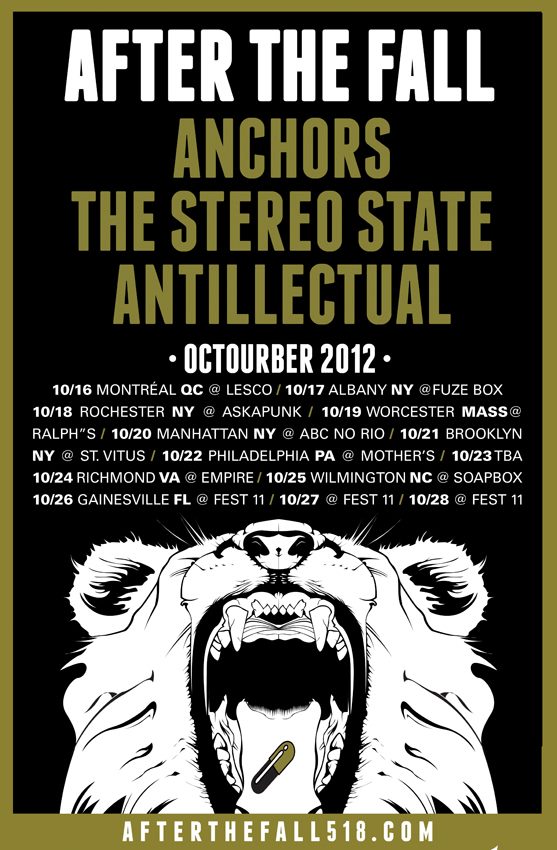 AFTER THE FALL, ANCHORS (Aus), THE STEREO STATE, and ANTILLECTUAL (Holland) have announced an East Coast tour which will start in Montreal, QC and end at the almighty FEST 11 in Gainesville, FL! The tour will mark ANCHORS’ first appearances in the United States, as well as the triumphant return of Holland’s 3 piece punk masters in ANTILLECTUAL!

Dates are as follows:

Bands: After The Fall, Anchors, The Stereo State, Antillectual