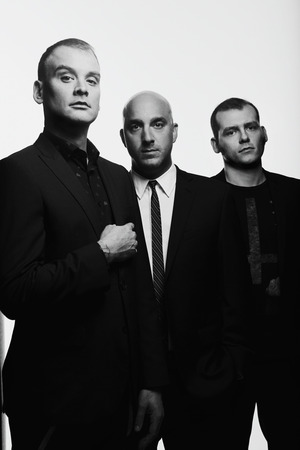 Alkaline Trio have released a new video “I Wanna Be A Warhol” from their forthcoming album, My Shame Is True due out April 1st.

Directed by Rob Soucy in Los Angeles, CA, the new video explores the darker depths of obsession and sexuality with paying homage to the classic thrillers like Psycho and Rear Window.

Matt and I worked very closely on the concept of the video and came to the agreement that we wanted to make the choice of having a slowly paced narrative video, almost like a short film.

“What started out as a quickly scribbled idea in the middle of the night became what we now have. I miss the videos that are short films, back when MTV played videos all day. That’s what I wanted to accomplish when I wrote this thing that night – to bring the story back to the video. We’re very proud and I can’t thank Milla enough for coming to set that day along with everyone who worked so tirelessly and passionately on this thing.

Recorded with Bill Stevenson of punk legends The Descendents and Black Flag and with Jason Livermore at the producers’ Blasting Room Studios in Colorado, My Shame Is True pushes the band into new musical terrain while embracing their classic Trio sound.