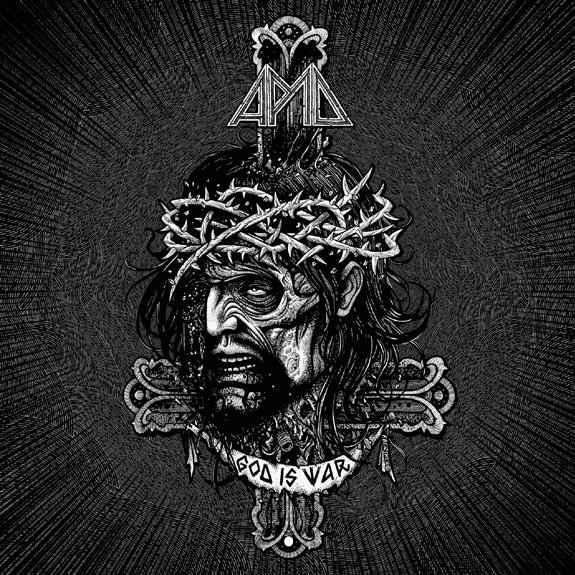 It’s no longer a secret that All Pigs Must Die is rapidly and viciously taking the world by storm! After a self titled debut release on Nonbeliever records, Southern Lord records will be releasing the first full length from All Pigs Must Die titled “God is war” and is scheduled for mid August. Pre orders for “God is war” are up now.

For this release German artist Florian Bertmer has lent once again his nihilistic hand, pen and mind to develop along with the band their iconic artwork. Shirts and Destroy teamed up with Florian Bertmer and have a limited run of sweet package deals up for sale including the new record and screen printed posters.

Owing as much to the Cro-Mags and Discharge as Entombed and Celtic Frost. APMD (with members of The Hope Con and Converge) mix powerful riffs, relentless tempos and a dark presence to bulldoze a grim path of destruction.

Don’t sleep on this kids!

All Pigs Must Die live at SXSW11