American Nightmare / Give Up The Ghost reunion shows 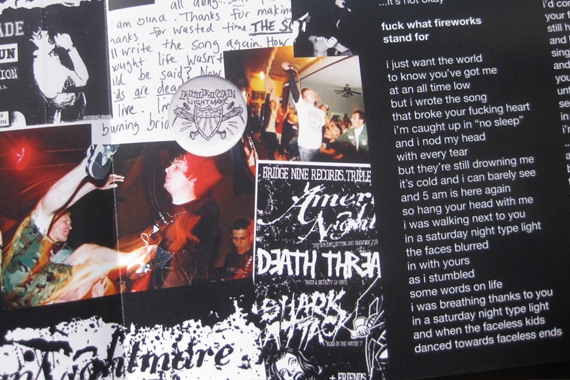 Remember American Nightmare / Give Up The Ghost? I’m sure you do. You did see the video we posted of their 2001 European tour right, probably wished you were there (again)? Well, you might be in luck. Because today the following news was announced:

Give Up The Ghost (American Nightmare) are one of the most important and influential hardcore/punk bands of the last two decades.

FYF Fest, The Kenmore Agency, and Deathwish are proud to present two exclusive performances from Give Up The Ghost (American Nightmare).

These are the first Give Up The Ghost shows since their sudden hiatus taken almost eight years ago. The line-up will feature the definitive line-up of Wesley Eisold, Timothy Cossar, Joshua Holden, Brian Masek, and Alex Garcia-Rivera.

Deathwish (under exclusive license from Equal Vision Records) are proud to announce the reissue of both groundbreaking albums, “Background Music” and “We’re Down Til We’re Underground” on vinyl format. Each album is offered in a special gatefold jacket with revamped artwork and packaging. These classics have also been painstakingly remastered for vinyl by Paul Gold at Salt Mastering (Converge, Fucked Up), and come with a download code good for a full MP3 download of each release. A variety of vinyl color options as well 180 gram versions of each release are available on a first come first served basis.

Bands: American Nightmare, Give Up The Ghost