And Justice for Spoiler 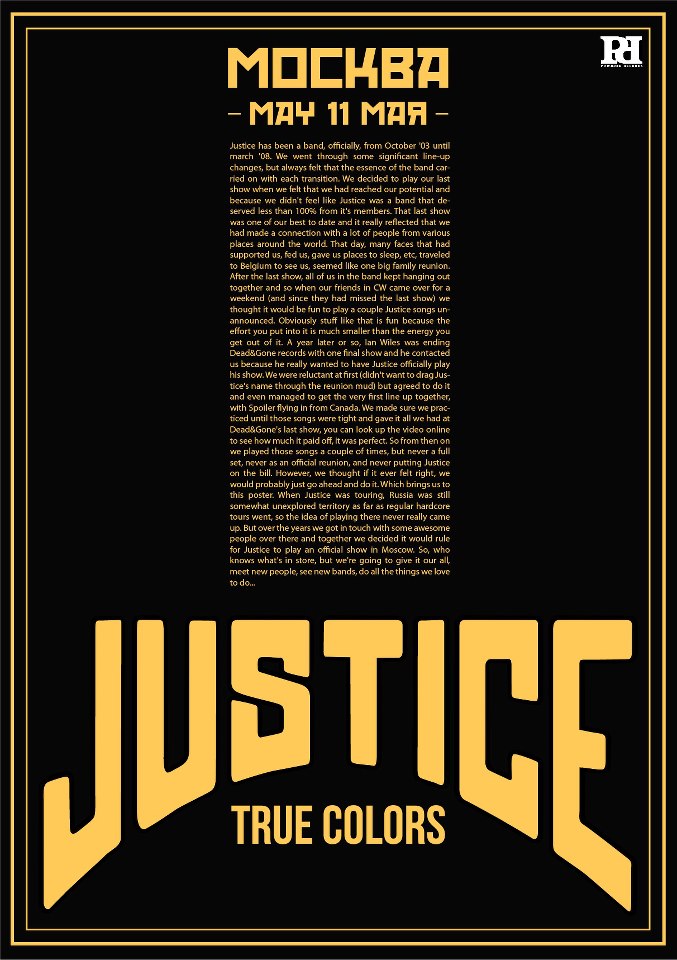 Justice is selling glasses and other stuff to gather some money for founding member Spoiler.

Yo, Moscow was unbelievable.

The first thing we were told upon arrival was that there was a surprise waiting for us, next thing we know, Spoiler is sitting in the couch of the apt we were staying at. Before we even figured out what was happening, we were pushed into a ghetto cab (they just stop random cars and give the driver some money and an address) to play a surprise set with local & less local bands. Someone had ‘I NEED AIR’ tattoed across his chest.

Anyway, the whole weekend was top notch, we were taken care of in the best possible ways and the weather was perfect. We stopped by the Tetris building to take some photos, got into more ghetto cabs, and had the best time ever.

We’d like to thank everyone that made it possible for us to play there, everyone that came to the shows, moshed, sang along, hung out, thanks.

When we got home though, we heard that Spoiler had had problems with his visum at the border. He lost a lot of money getting back home, so we’re selling some merch to help him get his money back, check the powered records store. FREE SPOILER

You can check it all at Powered Records.

Here’s some footage of the Justice show in Moscow: