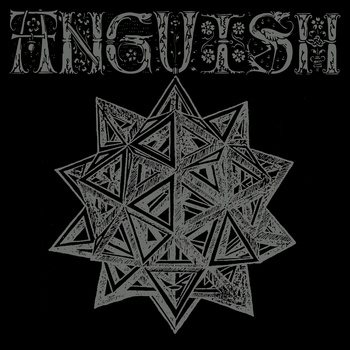 Anguish have uploaded their new EP “Smoke & Mirrors” to bandcamp and are due to play their final show in Leeds on Saturday the 25th of August in Leeds.

Despite only forming in 2011, Anguish, five stoners based in Leeds became a well known name within the UK hardcore scene and released their first EP “The Path of Misery” on cassette through Hemlock 13.

This new EP along with their previous output will be released as a discography cassette, once again through Hemlock 13.

The band announced their split in July issuing the following statement:

“As a band we’ve decided to call it quits, we openly want to thank Nate from Hemlock 13. Best dude, helped us out no end. We wanna thank Leo, contributed to the record and to driving us around, Harry Layzell for backing vocals on the demo, Ian Boult at Stuck On A Name Studios Nottingham for all the ‘bang outs’ and for recording the demo, The Charming Project for wanting to put our demo out on record.

We wanna shout out to all the bands we’ve played with, notably Forsaken, Nibiru, Iron Witch, Moloch, Dry Heaves, Torn Apart, No Reality, Rot In Hell, Broken Teeth, 420+ Crew, MHC, HDHC, Purgatory Records, Dave Egan, Davey Gooch & Ian Dowson and all the promoters that put us on shows.HC4HC keep an eye out for new bands, in the mean time. You should be checking out THE FLEX and PERSPEX FLESH.Anyone we missed out, you know who are. Thanks for any food we’ve had, any floor spaces and all the hangouts!Final tape coming through Hemlock 13, once again thanks to Nate. We will have some final shirts too.

The final show will be at the Fox & Newt in Leeds. The other bands playing on the night are Bang Bros, Nibiru, No Reality, Forsaken and Your Move.