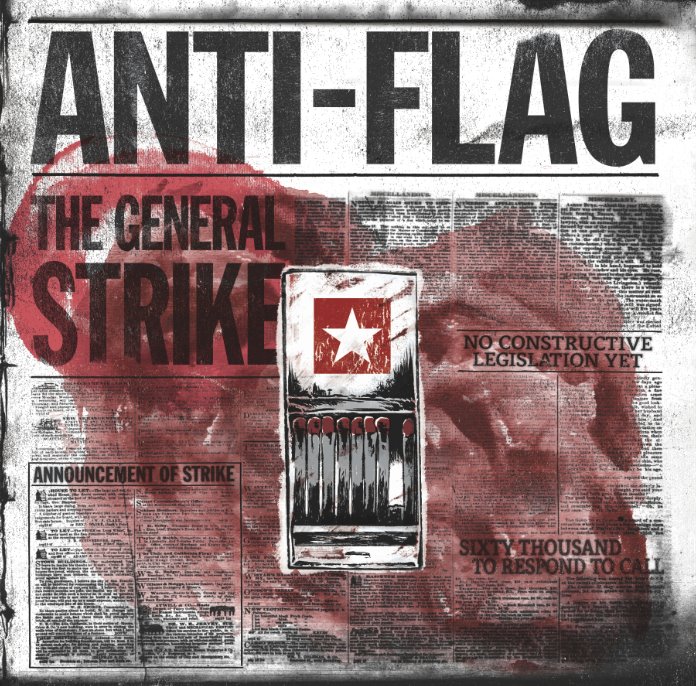 “Get up! Your voices are needed!” Justin Sane shouts on Anti Flag’s new studio album, The General Strike, which is due out on March 20th, 2012 on Side One Dummy Records/Suburban.

The 13 tracks that comprise the bands 8th studio album are arguably their most aggressive to date. With influences ranging from hardcore to modern folk punk, The General Strike is reckless yet tight, experimental yet familiar, and as impassioned and enraged as the bands feels.

The General Strike was recorded and produced by Anti-Flag at their home studio and is poised to be the soundtrack for the masses of begrudged private citizens that are currently protesting corporate injustice and governmental power around the world.

A song from the band’s album, titled The Neoliberal Anthem, can be heard right here:

Anti-Flag has been confirmed for this year’s Groezrock Festival in Meerhout, Belgium on April 29th.