Antidote releasing new record ‘No Peace In Our Time’ 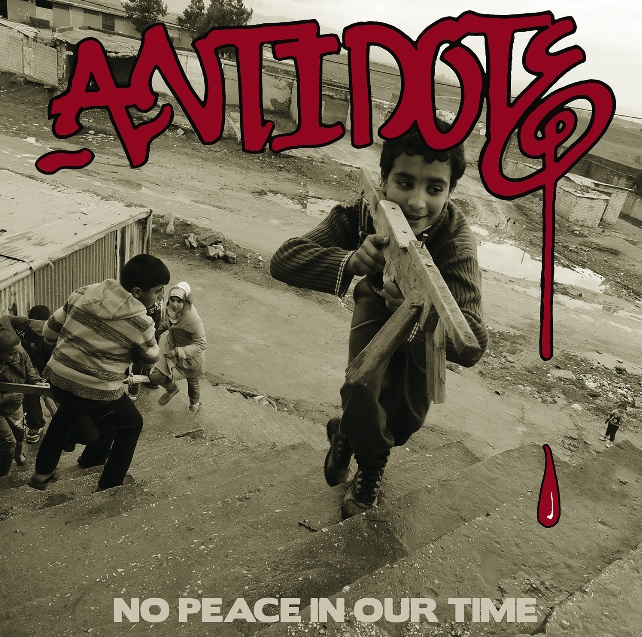 “To honor the 30th year of New York hardcore we have decided to take a trip back to the Old School”, said Robb Nunzio, guitarist and founding member of NY’s Antidote. On November 13th, Bridge Nine Records will be releasing the first new Antidote album in 21 years, titled No Peace In Our Time. The record was produced by Antidote and mastered by the legendary Howie Weinberg, and the 10-song album includes “Conspiracy Of None”, “The Hate Machine”, “Don’t Blame Me”, “Unaffected”, and the Black Flag classic “Rise Above” (featuring Agnostic Front’s Roger Miret). Antidote vocalist Drew Stone commented, “We finally made the hard as fuck old school back to basics record that we always wanted to make”.

In celebration of the new release there will be ANTIDOTE “Record Release / 30th anniversary shows” on both coasts;