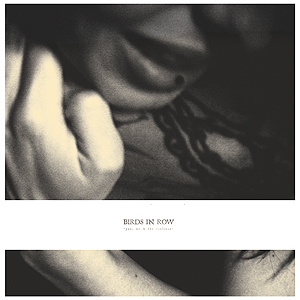 Birds In Row debut a new video for “Pilori”. From the upcoming “You, Me, & The Violence” on Deathwish Records.

The label had the following to say about it:

“You, Me, & The Violence” is the latest masterpiece from Birds In Row. The album explodes out of the gates with “Pilori”, a sonic crash and bang statement of personal independence among with society’s faults and fractures. Birds In Row then continue down this road, expressing disdain and struggle in songs like “Cages”, “Guillotine”, and “Walter Freeman”. All of them musically harboring a beautiful tangle of emotional vocals and distortion. And just when it feels like the album is almost too overpowering, Birds In Row unfurl a moment of musical clarity in “Last Last Chance”, a haunting guitar and vocal break. Their collective control of their dynamics is masterful work. “You, Me, & The Violence” and “Grey Hair” are near perfect examples of this, naturally shifting between searing and serene in tone. If you weren’t in awe of Birds In Row in the first eleven songs, the twelve minute closer “Lovers Have Their Say” will leave you floored, as it is an ominous epic that artistically unwinds in truly spectacular fashion.