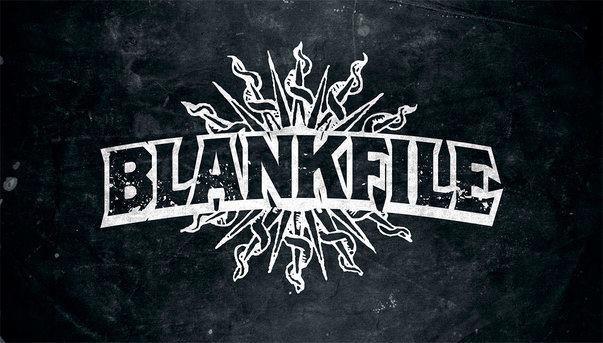 Blankfile from Serbia send in the following story about their new video “Roadkill”. Make sure you have some time, because it’s rather long:

The story behind the song

“Roadkill” is maybe the song that best represents this band because it goes one step further and, with its pessimistic tone, sends an alarming wakeup call. In our world, there is no more room for optimism. Using fundamental motifs of religion, politics, war chauvinism, exhibitionism and fanaticism, the song depicts downfall of man as an individual in a society in which we are nothing more than cogs, parts of a bigger mechanism with only illusion of choice and a short expiration date, ready to be replaced at first sign of malfunction. You would expect a cliché story about political powerhouses, global industries and interests of “western forces” through the classic form of “David vs. Goliath”, but no, the protagonist of this song takes an analytical look at his inert existence and recognizes the accomplice of his inherent demise, after all he is the one “digging his own grave”.

The concept of this video was to depict the modern phenomenon known as “reality TV”. Through the video the band tried to illustrate the ever growing trend of invasion of our privacy. The “reality” is just a ground for testing our preferences and our tolerance levels. The band tried to expose “reality” for what it really was: the manipulation of the participators in which instincts and urges are striped to the core so they could shift the boundaries of tolerance in the viewers. Like many characters which can be seen on TV today, the protagonists in the video (played by the band) experience catatonic states which occur in artificially provoked and carefully planned instanced with the sole purpose of achieving a higher rating for the show. While they are fully aware, the band ignores all the alarming signs (control necklaces, isolated location, uniforms) indicating that there is no light at the end of this tunnel. When the protagonists finally amass the courage to discern what they want from what is actually happening, their aforementioned unresponsiveness has led them well over the point of no return. Today’s “reality” has nothing to do with “real values” and for that reason the video is saturated with absurdities in which all individuality is lost and where even death cannot be intimate. The only “values” are the ratings. Numbers are the only values of the global society. Is this too dark for you? Welcome to the new dark ages.

The story behind the video

After writing such “heavy” lyrics, it was logical that the band-playing-their-instruments-video was out of the question. That was the driving idea during the realization of this project. Since the song had two guest vocals sung by the Ćirić brothers (young residents of the Belgrade hardcore scene), it was logical that they also guest starred in the video as well. The video was shot by an up and coming crew of film students led by Nikola Pazarski. The video was shot in an old abandoned meat processing plant, which additionally amplified the emotional weight of the video. The script was greatly expanded from its initial two pages to a story that might have been too long to be contained by four minutes of video, so some of the message that was supposed to be conveyed was lost in transition. But, the video does include details which bring the initial idea to life – the control booth and the bizarre character issuing the commands, the numerations of the participants, the uniform wear, the necklaces through which the commands are issued using impulses to stimulate the brain and evoke emotions and the ratings
counter. The strong visual scene at the end of the video in which the participants resist until their last breaths is supposed to provoke the viewer to critically evaluate their surroundings and realize what is actually happening in their lives.

In the end, we have to realize that the world isn’t all gray. Many forms of resistance against the single-mindedness and global mass control can be witnessed today. One such form of resistance in the world is hardcore and Blankfile will always be ready to fight for it until the last breath.

You can watch the video here: