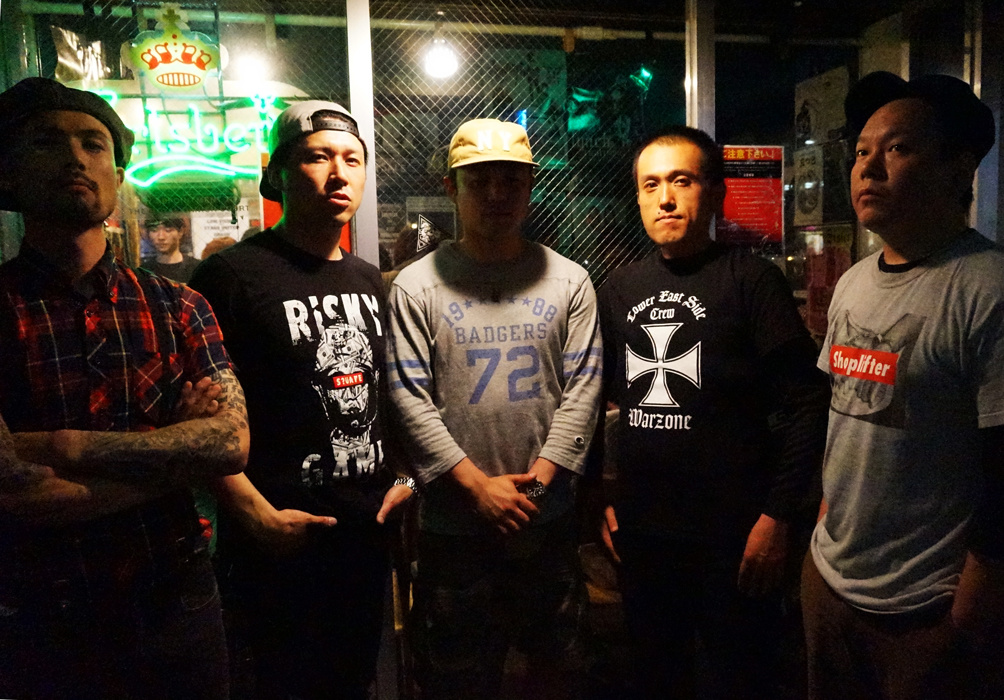 Japan-based hardcore band Break Of Chain released new video “This Is Sendai”.  Their new album titled “This Is Sendai” featuring the track will be released on June 3rd through Straight Up Records.

-Biography-
Break Of Chain was formed in Sendai, Japan in 1999. They have released 2 albums “Fast Warning” in 2004, and “Always Move Ahead And Go” in 2009 and many compilations. While playing shows all over the country, they put on their own shows “Sendai City Mosh Bulls” and “Battle Front Line” in their hometown Sendai. The members run a label called Tohoku Hardcore Community and release series of compilation titled “Stand Our Ground” made of tracks by bands from local Tohoku area. The band has shared the stage with Agnostic Front, Madball, Terror, Skarhead, Next Step Up to name a few, also was invited to play in Korea in 2011, Taiwan and Thailand in 2013. They released “Single 2013” digitally and then are ready to release their 3rd album “This Is Sendai” in June 2015.