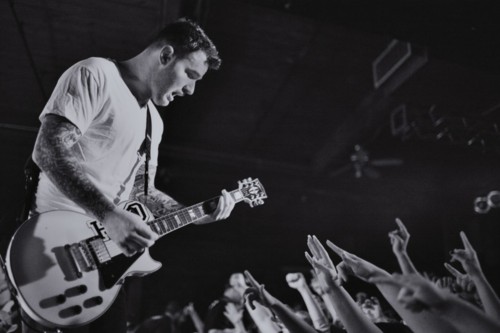 What’s Eating Gilbert, the side project of New Found Glory guitarist Chad Gilbert, will be releasing a new CD and 7inch on Bridge Nine Records on July 31st. Titled Cheap Shots, this five-song EP features sleek 50’s-style pop with a nod to the punk sound Gilbert has become known for from his work in New Found Glory.

Gilbert commented, “I’m excited for people to hear my songs on this EP. As my solo song writing develops, it’s showing more and more my goal: to create modern 50’s pop rock throwback… a style of music I heard around my house being played by my parents when I was a baby.” This is one of many collaborations with Chad Gilbert and the label on various platforms, between his bands New Found Glory, International Superheroes of Hardcore, and What’s Eating Gilbert. Chad continued, “So happy for another release with Bridge Nine – a label I admire that works hard and has the same roots in hardcore and punk rock as I do.”

Pre-order information and new songs will be unveiled soon, in the meantime, stay tuned to Bridge9.com and WhatsEatingGilbert.com for more information.