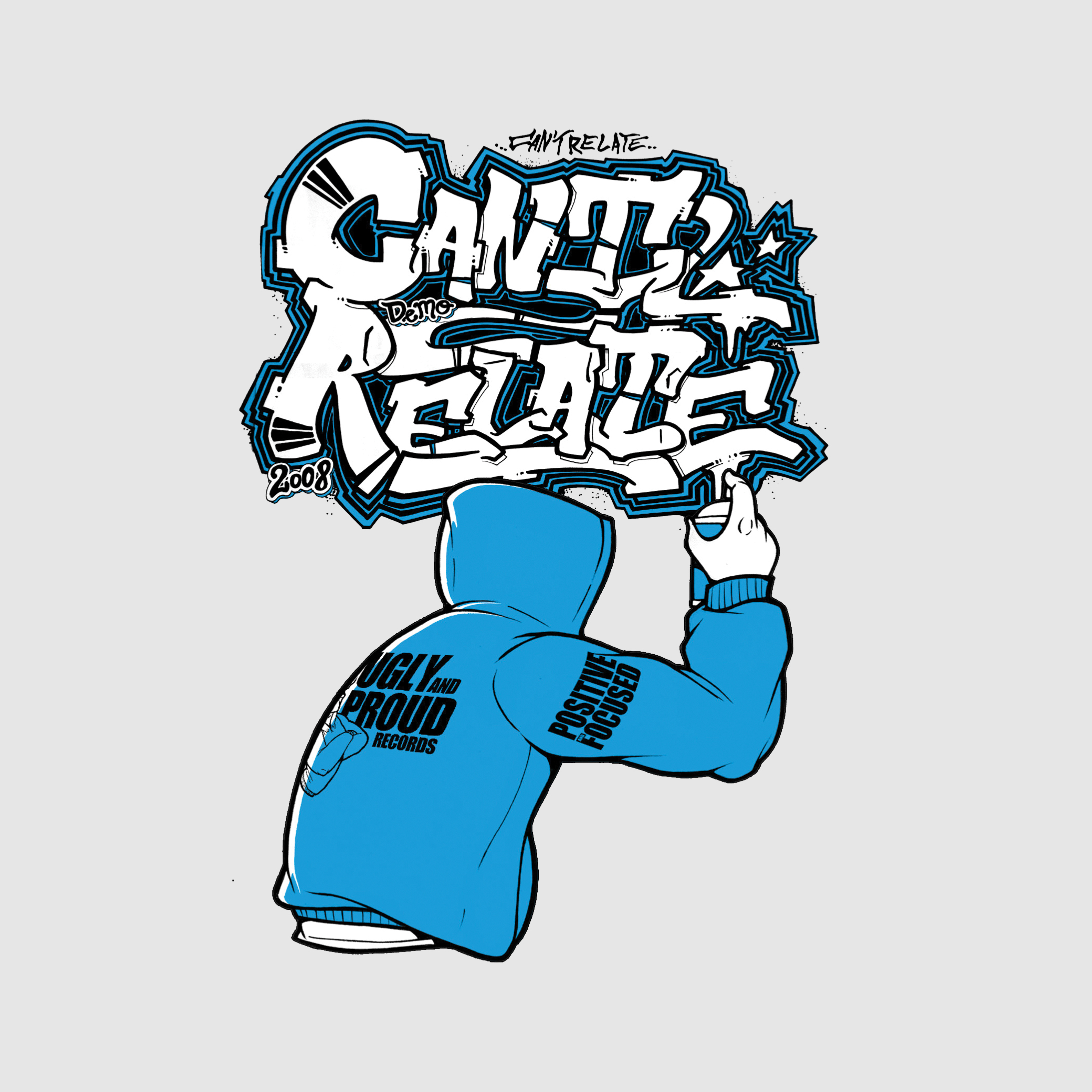 Positive & Focused Records teamed up with Ugly and Proud Records to offer you this piece of wax.

Can’t Relate was a hardcore band formed in the Summer of 2007. They didn’t have merch, social media or a demo recorded before their first show; in fact, they were probably the only hardcore band in Australia at the time. Between October 2007 and November 2008, they spent more time playing shows and practicing than they did editing their MySpace layout and promoting the band on the internet. The band was an outlet for everything wrong with hardcore and society at the time, and still is today. If you like Floorpunch, Right Brigade, Mental, Stop and Think, Chain of Strength or Carry On you will definitely dig this.

These tracks were released by the band in 2008 and are now finally available on three colours of wax. Artwork is a collaboration between German graffiti-artist Jym and cartoonist Javi from Spain.