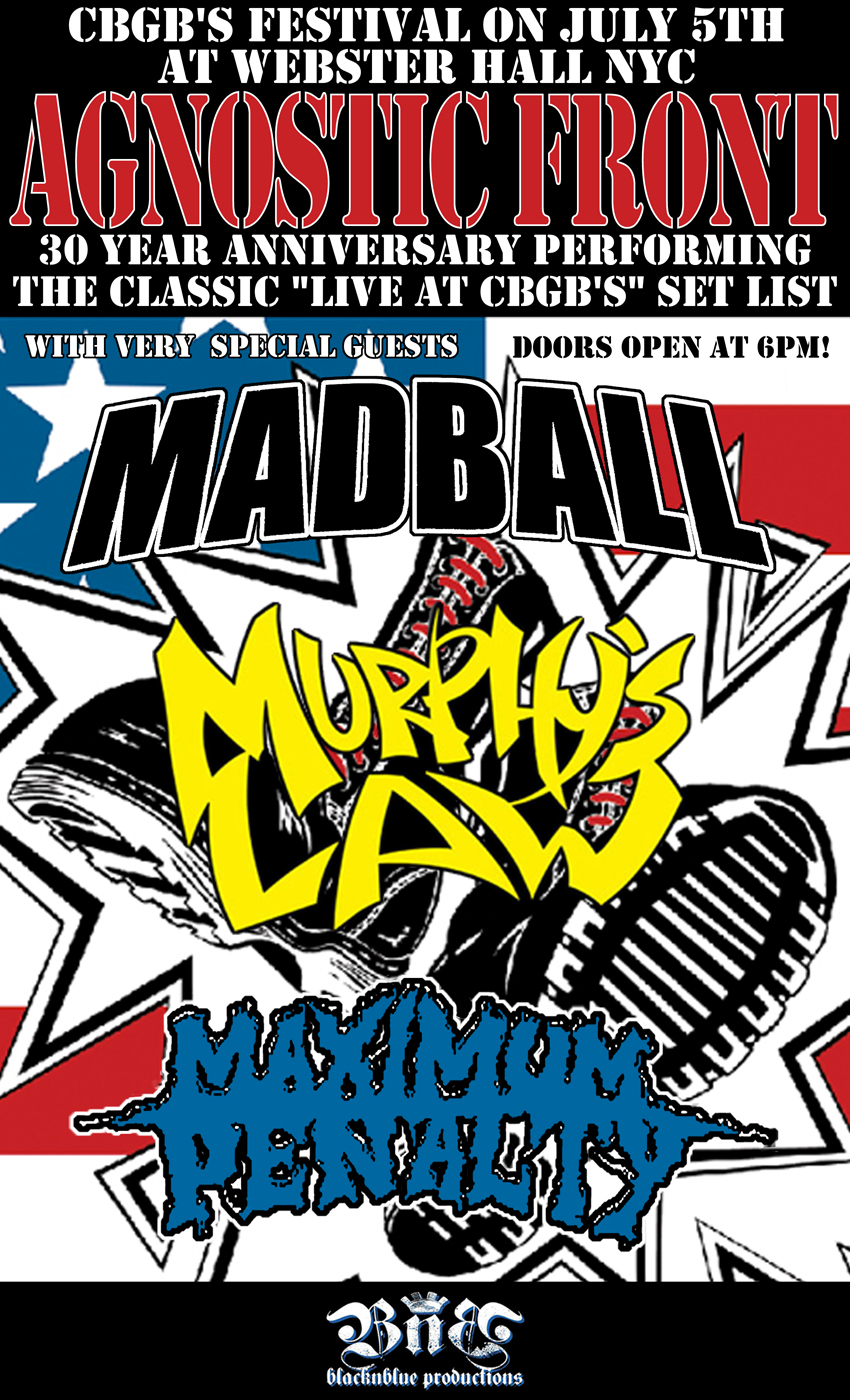 On July 5-8 a CBGB Festival will take place in New York City.

A group of investors has bought the assets of that famous punk-rock club, which closed in 2006, and plans to establish an ambitious music festival this summer, with an eye toward reopening the club at a new downtown location. The new owners of the club’s assets — some with ties to the original Bowery establishment — say they hope that the festival will revive the wide-open artistic aesthetic associated with CBGB, which in its heyday served as an incubator for influential acts like Television, the Talking Heads, the Ramones, Blondie, Sonic Youth and Patti Smith.

Tim Hayes, one of the investors:

We’re never going to recreate that moment in time, we’re trying to continue the idea of supporting live music, making a lot of noise and being a part of New York City. The festival is one way we can do it. Eventually the club will be another way we can do it.

The four-day festival is scheduled to begin on July 5 and will showcase about 300 bands. Concerts will take place at around 30 places, from large stages like Central Park Summerstage and Webster Hall to small clubs like the Trash Bar in Williamsburg and the Living Room on the Lower East Side.

Agnostic Front will be taking pair in the upcoming CBGB Festivals with brother band, Madball on July 5th at Webster Hall in New York City. Rounding out the bill will be Murphy’s Law and Maximum Penalty. Tickets for this show available now as well as for the discounted 2 day pass that will also gain you access to the Sick Of It all / Cro-Mags show the following day.