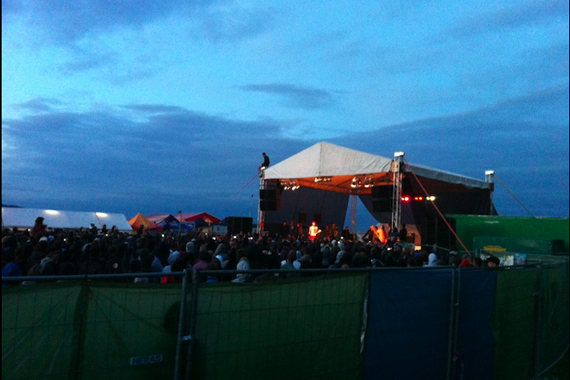 Bay Area CA’s CEREMONY are excited to announce their forthcoming Covers EP which will be released next Tuesday via Bridge Nine Records. The 6-song EP features cover songs from Urban Waste, Pixies, Crisis, Eddie and the Subtitles, Vile and Wire, and were recorded with Dan Rathbun as outtakes during the Rohnert Park recording session. The Covers EP pays homage to a few of the artists that have influenced Ceremony along the way and will continue to inspire them.

Ceremony has had quite a year; they released their landmark effort, Rohnert Park, in June of 2010 to incredible amounts of critical acclaim. FADER called the album “an incredible record”, Alternative Press said it was “adventurous”, and Lambgoat said it was “one of 2010’s most intriguing records”. In support of Rohnert Park, the band toured the US, UK, Europe and Japan, played countless Festivals (like FYF in Los Angeles, Chaos in Tejas in Austin, Sound & Fury). They’re currently touring Europe and will make appearances at Hevy Fest, Sucks ‘N’ Summer, Fredericia Hardcore Festival, and more – tour dates are below.

Ceremony has released multiple lauded records thus far in their 9 year long career – all of this leading up to their last full length Rohnert Park, a career defining release, and their forthcoming Covers EP, the next step in the evolution of a band that refuses to be nailed down.