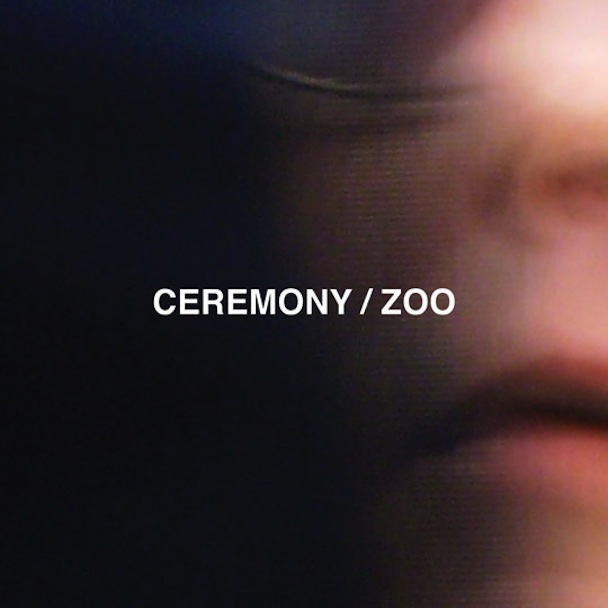 Rohnert Park, California’s CEREMONY will be releasing their fourth album, entitled Zoo, on March 6, 2012. As their label says:

Working with producer John Goodmanson, the band have refined their jagged sound while continuing to pursue themes of exurban alienation and confinement. Their previous three albums on the Malfunction and Bridge 9 labels are widely seen as the most compelling, unusual and progressive hardcore of the last five years, and we are incredibly excited to be working with them.

Back in December, we announced the 7″ of “Hysteria,” the lead track on the album, backed with the non-LP Urinals cover “I’m A Bug.” Now you can listen to an MP3 of “Hysteria” here:

Also coming out on March 6 will be the second single from the album, “Adult” backed with the non-album original song “Start Over.” You can preorder it separately, or as part of one of the complicated bundle deals below.

The first 300 copies of Zoo will be on red vinyl exclusively for webstore preorders, and the first 200 copies of “Adult” will be on clear. Both while supplies last – later orders will get black vinyl.