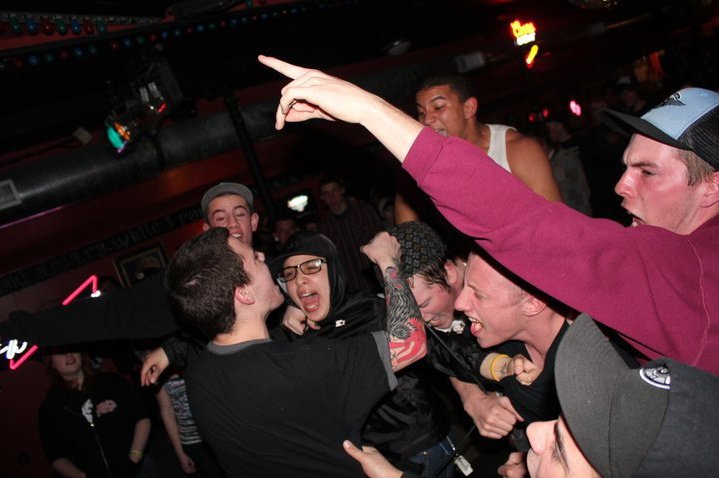 We Ruined The Neighborhood, the debut full-length from Challenges (Millbury, MA) is now available for Pre-order from Say-10 (The Riot Before, GDP, Dirty Tactics). The album will see an official street date of October 11th on CD and LP format, with the latter being limited to 300 on green vinyl. These 11 stellar pop-punk gems are also available digitally via iTunes and Bandcamp, where you can also stream the record in its entirety.

Recorded by Ian Van Opijnen (Born Without Bones, Energy, The Hotel Year) and originally self-released by the band in late 2010, We Ruined The Neighborhood is busting at the seams with passion, buoyant enthusiasm and a truckload of sing-along hooks. There’s no doubt that Challenges is a young band with energy to spare. In that respect, the quintet’s debut follows in the footsteps of contemporaries such as The Wonder Years, Four Year Strong and fellow Bay Staters, Transit. However, Neighborhood is able to harness that electricity and wrap it around engaging song structures and a surprisingly mature grasp of composition, bringing to mind pop-punk forefathers like Blink 182 and New Found Glory.

To download a free mp3 for the song “Drop The ‘R'” go here. Additionally, Challenges recently debuted a video for “I Was Always Good At Lying”, which you can view here:

In related news, Say-10 and Challenges will be teaming up again for a split 7″ with the UK’s Who’s Driving? Bears Driving!. The record will be released on November 22, 2011. Stay tuned for more updates in the coming weeks.