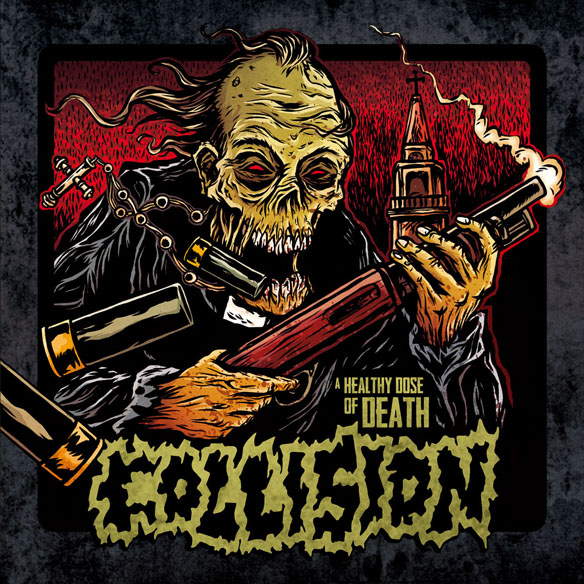 Dutch thrash metal / grindcore band Collision recently announced their signing to Hammerheart Records after completing work on their third album: ‘A Healthy Dose Of Death’. This album was recorded at the Toneshed Studio for a release on june 18th.

On ‘A Healthy Dose Of Death’ Collision’s thrashcore set in fifth gear speed is so damn energetic it calls for a mosh pit just to honour it and we are damn sure that this will happen if you witness their unrelenting power in a live setting! And they’ve definitely taken their thrashcore influence to the max here! Take old school crossover as performed by D.R.I., Wehrmacht, Cryptic Slaughter, add some 21st century intensity (and end up a bit in the vein of Municipal Waste), and add a healthy dose of Slayer, then cram it into the ever-blasting blender of grindcore… but with a sense of humour!

A new song will be revealed soon on the Collision website.