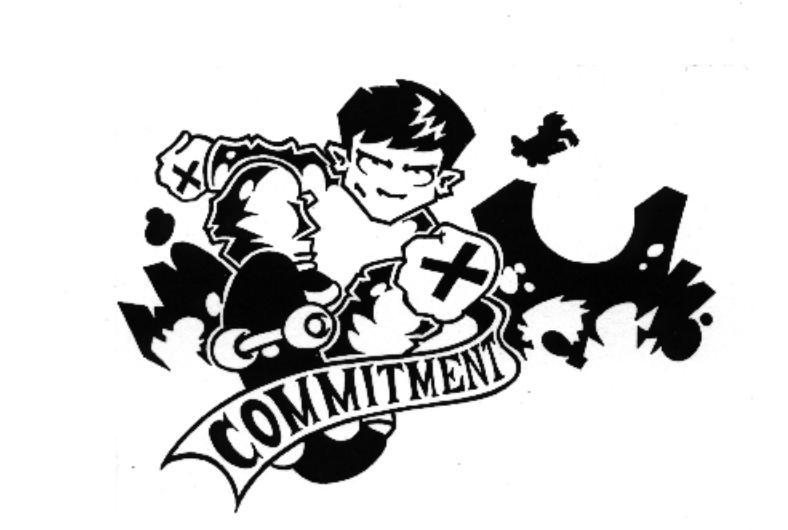 Recently, I’ve updated the Commitment Records website. Most important update is in the Mailorder Section – I added around 50 releases, including records/CD’s of Beware, Coke Bust, Government Flue, Seasick, Echoes, Enough, Flawless Victory, For The Innocent, Hope Of Youth, Raindance, Second Combat, Stick Together, Times Together and You’re Next.

Besides, I decided to sell 90% of the CD’s I am selling for 3 euro each! I only have a few copies of each, so be quick, if you are in for a CD bargain…

The Commitment Records test pressings sale was really succesful. Most test pressings are sold out by now, and some went really quick. However, I still have a few test pressings left – for those who missed out the first time around, this is your second chance to get your hands on an original Commitment test pressing, all numbered and limited to 5 to 10 copies, with special artwork done by Javi –

I also have 2 copies left of the X-Men ‘We Won’t Take Part’ limited edition, made on the occasion of the unfortunately cancelled Dutch edition of Edge Fest 2011. Only 40 made, when they’re gone, they’re gone…

All these can be bought through Commitment Records Big Cartel page.

CURRAHEE – TRUTH INSIDE – UNFORCE: ONE COMMON GOAL IN SIGHT…

At the end of February, Commitment Records released the ‘One Common Goal In Sight’ 3-way split. ‘One Common Goal In Sight’ has three straight edge bands from three different continents joining forces to bring a message of positivity and hope, in a time of economic recession, political turmoil and environmental destruction. We are heading towards December 21, 2012, the end of the Maya calender, but that should be no reason to despair. Currahee (Manchester, England), Truth Inside (Panama City, Florida, USA) and Unforce (Lucena City, The Philippines) show that, despite being from complete different parts of this world, they share the same values and and are joining forces to make this world a little bit better. Expressing their ideals through straightforward, energetic and powerful hardcore, lyrically addressing important issues like animal rights, drug addiction, respect for others and staying true to what you believe in. The artwork of Javi expresses the individuality of the three bands, as well as their similarties, being part of a tradition of many straight edge bands before them, using straight edge as an instrument in the fight for justice. This three-way split comes in three colours of vinyl (white, crystal clear and yellow – please indicate which colour(s) you want), with a cover that can be folded in three different ways, resulting in three different front covers…

Get all three colours cheaper (11 euro for the 3 7”’s, instead of 12 euro) at Commitment’s Big Cartel page – and with every order of the 3 verions, I’ll include a ‘Forever In Our Hearts’ compilation in for free…

If you’re from the USA, you can also get your copies from Ebullition Records – they also have most of the other Commitment releases in stock.

If you’re from the UK, contact Commitment Records UK.

If you want to receive regular news, become a friend of Commitment Records on Facebook