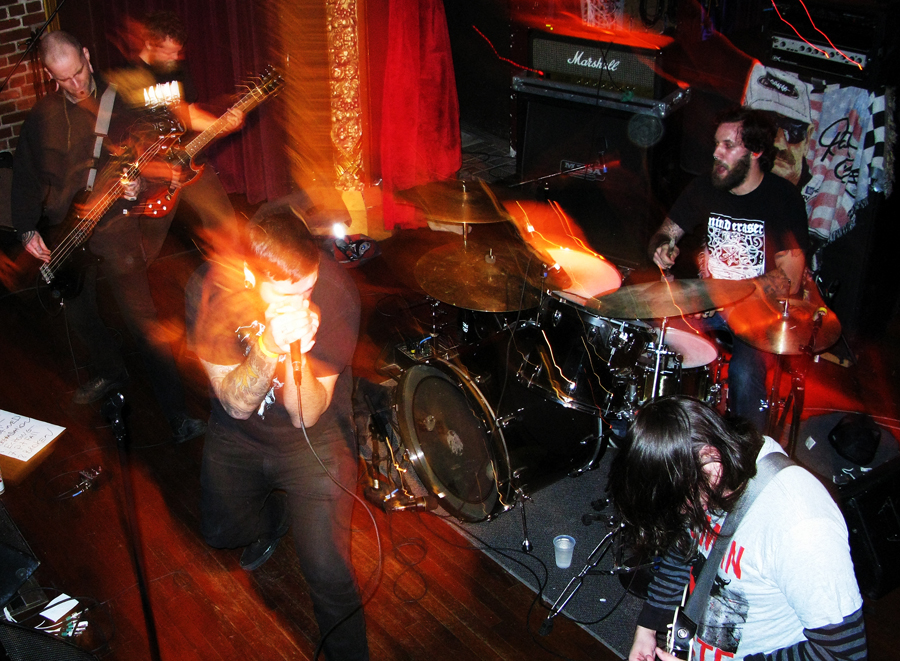 Washington state’s CYNARAE (pronounced ‘Sin-Ar-uh’) will be unleashing their self titled debut EP via A389 Recordings on 06/14/2012. The band will be playing a couple of record release shows alongside the legendary KISS IT GOODBYE in San Francisco and Seattle respectively.

Combining the influences of 90′s Bremen metalcore (Morser/Systral) with their North American counterparts (His Hero Is Gone/The Swarm), CYNARAE have been quickly making a name for themselves based on their intense live performances.

The band is also putting the finishing touches on a split LP with West Virginia’s ANCIENT SHORES due on A389 later this year. In the meantime you can stream the CYNARAE track ‘Prescribed Burn’ from their new 12″ below:

Stay tuned for updated information on the release of CYNARAE self titled 12″. Coming soon via A389 Recordings.