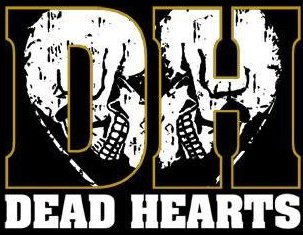 On Saturday, December 29th, 2012 – Dead Hearts will be playing a reunion show at The Game Room in Buffalo, NY. This is a benefit show for the Alix Rice Peace Park Foundation, a skate park being erected in Alix Rice’s name. Alexandria “Alix” Rice was struck and killed by a drunk driver while skateboarding home in July of 2011. Rounding out the bill will be fellow Buffalo Hardcore acts Better Times and Wreckage w/ one more TBA. Tickets for the event will go on sale on Friday Nov 2nd at 12PM Eastern time and can be purchased at http://www.alixrice.com (also visit that site to learn more about Alix’s story). The most up to date information for the show and the benefit will be posted on the Dead Hearts facebook page or follow @RockinForRice on Twitter.

“In June 2004, Dead Hearts formed in a practice space on Elmwood Avenue intent on playing hardcore punk with classic and contemporary influences. Moving forward at breakneck speed, the band began recording and touring immediately, releasing the Dead Hearts EP (2004), The Words You Betray EP (2005), No Love, No Hope MCD/ LP (2005) and Bitter Verses LP (2006). Making friends and a lasting impression on audiences throughout the US, Canada and Europe; the ride seemed like it would never end but the rigors of the road finally caught up with Dead Hearts in August of 2008 and the band went silent after their last show that following September.

But this was not the end complete. 2009 saw the release of All Good Things Must End- Live at CBGB’s 3/16/05 and 2010 saw the final 4 songs recorded by Dead Hearts, prior to September 2008, released as the A Death In The Family EP. Demand for the music Dead Hearts created never quite went away, but the band was weary to play a reunion without cause or for the sake of making money. Dead Hearts planned on remaining dormant until a conversation bassist Tom Mayer had with a member of his hockey team regarding the Alix Rice Peace Park Foundation. Appalled at the injustice regarding her fatal hit and run accident and believing very strongly in the idea of a public skate park being built in the Buffalo region; Dead Hearts Jumped at the chance to help out, even if for only one night.”