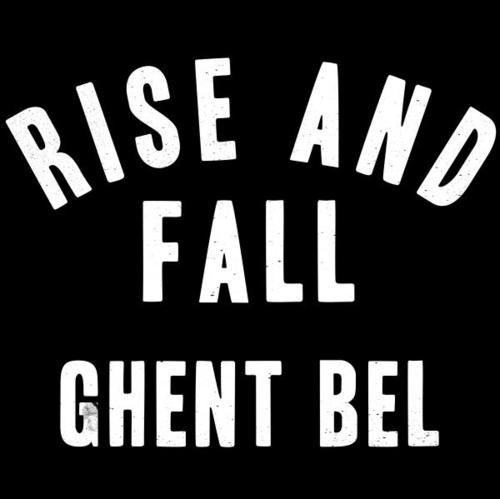 Deathwish has announced a new Rise and Fall EP Deceiver/Sinking in Sin as well as the reissue of Rise and Fall’s debut record Hellmouth:

“Deceiver” b/w “Sinking In Sin” is a limited 7″EP from Rise And Fall that hints at their future, while also honoring their H8000 past.

“Deceiver” is taken from their highly anticipated new album, “Faith”, due out in early 2012. Already of staple of their live sets, “Deceiver” is an absolute ripper of a song that combines the strongest songwriting elements of their “Into Oblivion” and “Our Circle Is Vicious” albums. Frantic drumming, discordant guitars, and passionate vocal screams all build into an awe-inducing wall of sound. If “Deceiver” is any indication of what is on the horizon, Rise And Fall’s “Faith” will be a serious contender for one of the best hardcore albums of 2012.

The B-Side of this 7″EP features “Sinking In Sin”, Rise And Fall’s tribute to Belgian Hardcore legends, Congress, and the H8000 Scene as a whole. In their interpretation of the song, Rise And Fall create a dark and textural atmosphere that compliments the powerful metallic hardcore foundation that Congress laid before them. They are even joined by former members of Congress and Liar, bringing the two generations of Belgian Hardcore together, as one vicious circle.

Here you can listen to the original version of Sinking In Sin by Congress:

“Hellmouth” was originally released by JTTP Records and Surprise Attack Records in 2004. This definitive Deathwish version is a new pressing and boasts a brand new mastering job, revamped artwork, and three bonus tracks never previously available on vinyl (including an Integrity cover).

It’s hard to believe that nearly a decade has passed since the world was introduced to Ghent Belgium’s “Punk Metal” innovators, Rise And Fall. In those years, they have risen to become one of the most respected and revered hardcore bands worldwide.

“Hellmouth” is Rise And Fall’s classic debut album, originally released in 2004. Listening back years later, it’s apparent that even in their primordial form, Rise And Fall had the musical venom to compete with the biggest beasts out there. Thunderous drumming, thick walls of guitars, ripping solos, and brutal vocals all coalesce to lay the blueprint for “Punk Metal” as we know it. Making “Hellmouth” an essential experience for any hardcore fan out there today.

The band will be playing three record release shows for Deceiver/Sinking In Sin:

RISE AND FALL
THIS ROUTINE IS HELL
RITUAL
OATHBREAKER
HESSIAN