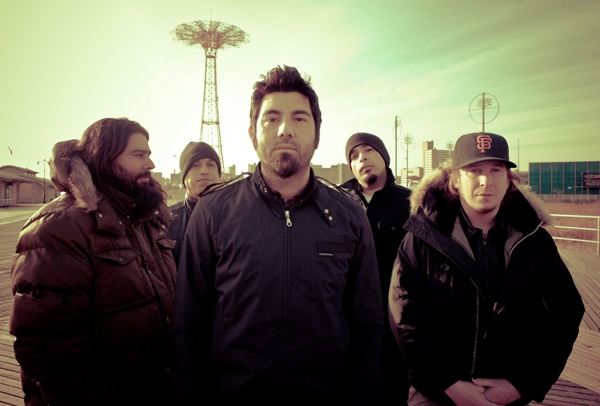 Let’s forget about the discussion if the Deftones are hardcore and punk. I could play the “they have Quicksand’s bassplayer” card, but even if that wasn’t the case I would still feature this news on SWNK. Great band. And they have recorded their seventh studio album, quite a diverse album.

Frontman Chino Moreno on the album:

[Previous album] Diamond Eyes was capturing lightning in a bottle. We had just come together, had a lot of constraints in terms of time, so we’re just banging things out. This time, we had a little more chance to experiment and just play.

Koi No Yokan will be released on November 13th.