Die Young (TX) is back 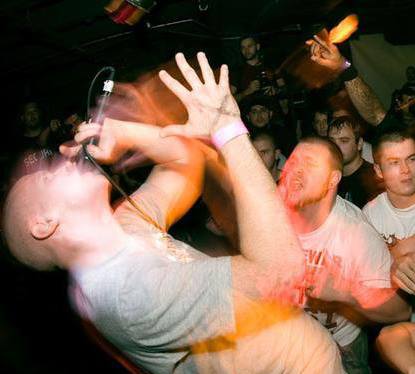 According to the band’s facebook profile, Die Young (TX) plans to release new music in 2014:

“We will enter the studio in late November to record for two new releases.

The first will be a split with the legendary Confronto from Brazil, to be released on Headfirst! Records.

The second will be our own EP, entitled “Chosen Path,” also to be released on Headfirst! Records.

Ugly and Proud Records will be releasing a uniquely packaged vinyl version of the new material for the European edition.

We’re very excited to play our comeback show in Houston on December 7th alongside the best in Texas Hardcore. This is not a reunion show. There will be more shows to come, though shows cannot as frequent as in our full-time touring days. We exhausted ourselves back then, and we’re older dudes with more responsibilities now, but we are going to play shows when we are able. We miss the studio, and we miss the stage.”

For the next month, Die Young (TX) is offering a limited edition t-shirt to raise funds for the upcoming recordings.

Die Young (TX) formed in late 2002, and toured extensively until late 2009, when they called it quits. Die Young (TX) has notably released material with A389 Recordings, Eulogy Recordings, and Immigrant Sun Records.