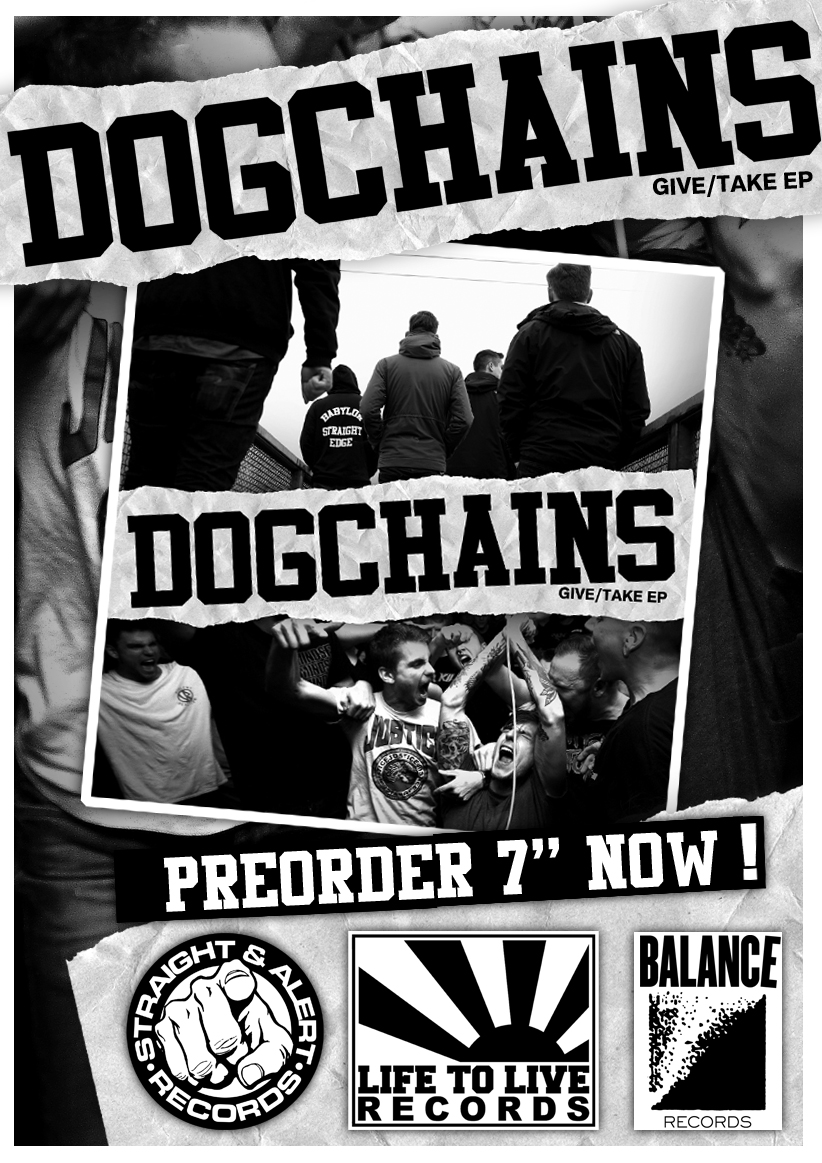 DOGCHAINS
DOGCHAINS is a young 5 piece Straight Edge band hailing from Schweinfurt, Germany. They stared to played in 2012 and released a 5 tracks demo the same year. Even though they are not around since a long time they already shared the stage with hardcore heavyweights such as Mindset, Cold World, The Mongoloids, Expire, Rotting Out. If you are not familiar with their sound yet, DOGCHAINS sound like Boston 2K bands (Mental / Righteous Jams) messing with Virginia HC (Iron Boots) and NYC’s finest of the late 80′s, with a slight JUSTICE touch. What they care about ? Hanging out, good food and sports. Bust !

JACK MOVE
JACK MOVE is another brand new band hailing from Paris, France. Featuring ex and current members of Cut Loose, Get Lost and Money Time, this 4 piece hardcore band brings Boston 2K influenced hardcore back on the french map (along with Cut Loose). They formed around early 2013. Fans of ’88 NYHC, Boston 2K, Mental, Outburst, Lights Out , The Rival Mob : WATCH OUT !

Get DOGCHAINS 7″ and JACK MOVE tape in the Straight & Alert store.