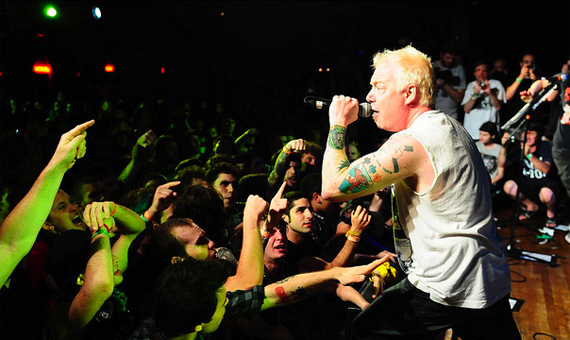 Recorded live last year at the Gallery East Reunion Show in Boston (featuring seminal hardcore bands DYS, Jerry’s Kids, Gang Green, and the FU’s), this album pulls songs from the best of DYS’s two studio records and highlights what made them a force to be reckoned with in hardcore. From their impassioned “Youth Crew” beginnings to the evolved “Crossover” leanings, the live recording on More Than Fashion contains all of the power and fury that the band has been known for.

Video from the Gallery East Reunion Show premiered earlier this week on AMPMagazine.com, and showcases DYS ripping through their classic track “Brotherhood”. The band still retains the energy that made them a cornerstone band in the early 80’s and proves that they are still relevant in a time when other bands have lost the spark that draws kids to hardcore. Check out the video at AMPMagazine.

DYS recently played highly-coveted sets at Sound & Fury Festival in SoCal, the Rumble in Chicago, and at the legendary 924 Gilman in Berkeley, CA and will be announcing more shows soon in support of More Than Fashion: Live From The Gallery East.