Eddie Brock to release new EP on A389 Recordings 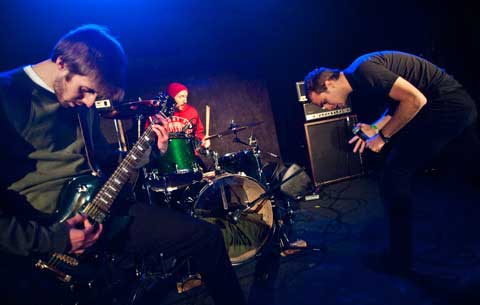 Baltimore superpowers-violence hardcore outfit EDDIE BROCK have announced that their sophomore EP ‘Brand New Day’ will be released via A389 Recordings in March 2012.

Combining the best elements of hardcore/grindcore/powerviolence, EDDIE BROCK have been quickly making a name for themselves based on their pummeling hardcore meets powerviolence with a nod to Spider-man comics.

The band has previously released an EP on Photobooth Records as well as split EP with fellow locals LAPSE on To Live A Lie Records and followed up with sporatic shows in the northeast and southern region.

A389’s Domenic Romeo explains: ‘It’s always extra special when a band comes out of your city, and just knocks you off your feet. I’ve been super into what EDDIE BROCK has released so far, and jumped at the opportunity to release their new record’.

Vocalist Alex DeJong elaborates: ‘Dreams do come true because we are now on the same record label as a ton of our favorite bands and we just played with them all at the (A389 VIII Anniversary) Bash.’

Recorded by Kevin Bernsten at Developing Nations, ‘Brand New Day’ is five tracks of total fury that will appeal to fans of Spazz, Lack Of Interest and Magrudergrind. Look for a March 2012 release. Tour dates to be announced soon.

For the eyes and ears:

Check out their set at the A389 VIII ANNIVERSARY BASH: