Enforcers to release ‘End Of Time’ LP/CD via A389 Recordings 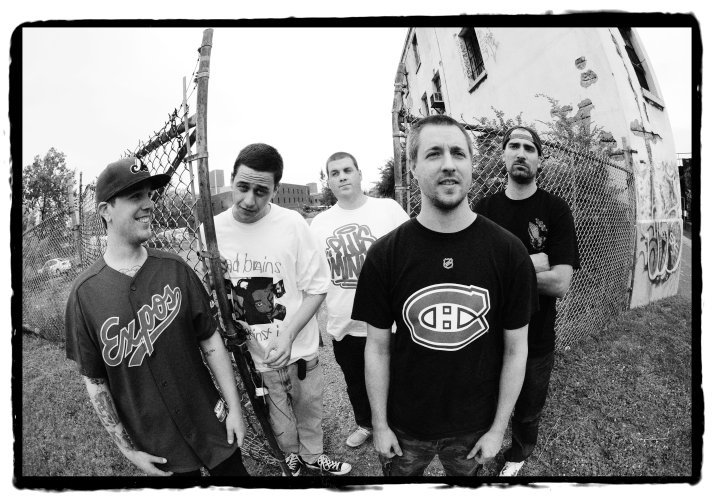 Montreal hardcore band ENFORCERS debut album ‘End Of Time’ is the perfect dose of early-mid 1990’s NYHC crossover that brings to mind the sounds of ‘Best Wishes’-era Cro-Mags and Troy-Core legends Stigmata, fused with the guitar smarts of early Metallica.

ENFORCERS may be relatively a new band in the grand scheme of things, but they are old souls. A389’s Domenic Romeo explains ‘These guys are as true to the word “Lifers” as you can get. They’ve been actively involved with keeping hardcore alive in Montreal for as long I’ve known them…and that’s going back decades.’

Continuing a strong lineage in Montreal’s hardcore family tree, previous bands such as FINAL WORD and A DEATH FOR EVERY SIN (who coincidentally released their 1999 debut on Romeo’s pre-A389 imprint X13DX) have maintained legendary status locally and are still respected worldwide.

As new generations of hardcore kids come and go, members of the band can still be found booking DIY shows, and most recently operating a new record label called Lifers Records whom will be handling the CD version of ‘End Of Time’, as well as the new PLUS MINUS CD. (A band which features 3/5 of ENFORCERS members in their ranks..).

Not being one to dwell in the past, ENFORCERS vocalist Fred Tremblay’s passion has hardly waned. When asked what has kept him around all these years, Tremblay replied: ‘It’s the only place that gave me a sense of family for the last 17 years, I wouldn’t want to be anywhere else.’ 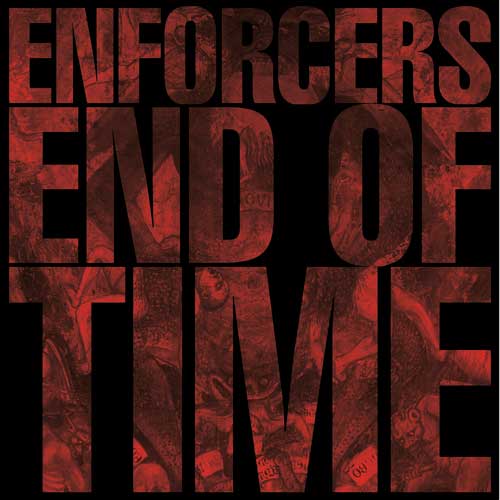 ENFORCERS’ ‘End Of Time’ will be released November 28th on both vinyl and CD formats. The album will also be available digitally through the retailer of your choice.