Fallbrawl kicked off Swedish HC fest because of stripper video 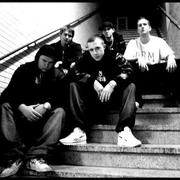 German hardcore band Fallbrawl is dropped from playing Stockholms’ Firestorm Fest because of their new video ‘Can You Dig It’  which features strippers.

The video is already blocked on youtube and vimeo but can be seen here.

We have decided to cancel FALLBRAWL from the FIRESTORM FEST 2012 lineup. The music video for their song “Can you dig it” explicitly show that they have an opposite view on feminism and women’s rights than us. We don’t want to support such behavior in our scene.

The band replied with this statement:

Everybody should know that you cannot get any conclusion of how we treat women and how we think about their rights cause of our video. We had a really good time at the shooting and the girls ,too. We wanted to do something new in this scene without giving a fuck about any SCENERULES and the outcome is musicvideo with sexy girls. Not more not less.

In the Year 2012 everybody should know that women and men are equal. But it shows how intollerant some people are. Everybody loves to see beautiful people of the other gender ( or the same) cause its in our nature. We even think that this behaviour makes it even more hard for women who outlive what they like to fit in society. Everybody should do what she/he feels like and if you would rate this video it would be FSk 16 or even below cause you cannot see anything there.

TREAT YOUR GIRLS GOOD GUYS CAUSE THEY ARE THE BEST AND MOST BEAUTIFUL WE HAVE ON EARTH!

We even ask ourselves if the promoters are in the right position to offend us cause they have a burning church on their flyer where we got kicked from. This puts down a whole religion and reminds of warscenarios. Is this how to treat people who are not the same?

We dont want to point with the finger on someone but we didn’t started it.

And the organisation replied to that as well as followed:

Fallbrawl replied to our statement regarding the cancellation of their appearance at FIRESTORM FEST 2012 (Full line-up announced). We think everyone should read it for the sake of fairness. We do want to point out a few things (even though we don’t really feel they are of importance to the discussion). The building FALLBRAWL think is a church is actually the City Hall of Stockholm. The reason why everything is burning is simply because the fest is on the 30th of April which is Walpurgis Night where it’s tradition to light bonfires.

And here’s the flyer they’re talking about:

What do you think?