Full Of Hell & Grieved touring Europe in April / May 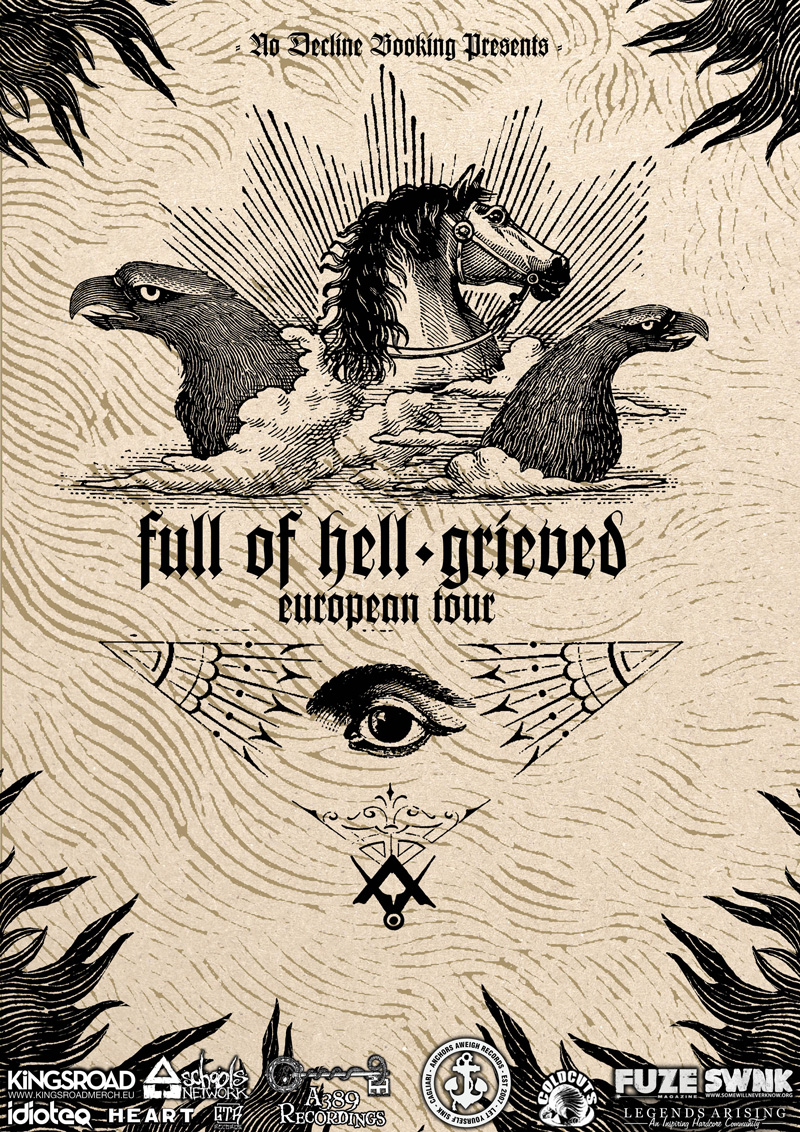 No Decline approached us again to help promote one of their tours, this time it’s the Full Of Hell & Grieved tour. Check out the dates and the tourposter below:

FULL OF HELL
Since the well received release of Full of Hell’s debut LP, “Roots of Earth Are Consuming My Home” on the infamous A389 Records, the band has been relentlessly touring the United States and has finally made plans to once again set foot on European soil. Blending elements from across the spectrum of extreme music, Full of Hell’s sound is as equally brooding and punishing as it is unsettling and harsh. Fans of Pageninetynine, Grief or Cursed should make note to not miss the band on this upcoming excursion. Numb your mind.

GRIEVED
Grieved is a new young band formed in 2010 by some Swedes inspired by dark hardcore. With a sound containing both fast, pounding parts and heavy down-tempo sections, and with lyrics ranging from social criticism to self-contempt, these kids play negative but honest music. “Ageing” is Grieveds first recording and features four desperate tracks. After their successfully debut release “ageing” on Anchors Aweight Records, they hit the road with AYS and Runes. Their new LP is coming out soon!