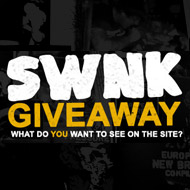 Ok, so it’s the 18th of April now. Contest closed.

First of all, thanks for all the feedback and promotion of the site. Below you can read how I incorporated your feedback into the future plans for the site, but first of all, let’s have a look at the winners.

I wanted to pick the best / the most useful or whatever comes close, but a couple of people were pretty much on the same level, so in the end the fairest thing to do seemed to pick one amongst them at random. I simply wrote their names on a piece of paper, put them in a bowl and picked one with my eyes closed. Sometimes life can be simple.

Without further ado, here are the winners: 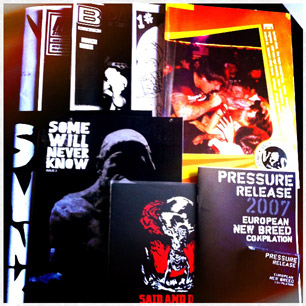 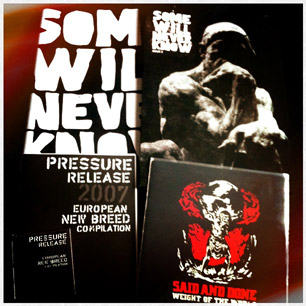 Congratulations, I’ll be in touch with you both soon!

So aside from the feedback I’ve gotten in comments and in my mail, I’ve also been talking to people about it. It seems a lot of you pretty much want the same things, which is quite good to know. I put it all together and here’s what going to happen (in time):

I think that pretty much deals with all the changes / new stuff I’m planning on. I’m also toying around with the idea of a lyric database (with comments, so people can discuss it), but I’m not sure about that yet. The biggest sites that used to host those lyrics seem to be gone, but I don’t really know why. Copyright stuff?

And aside from that I’ll keep on going with the content like I already was. The interviews will remain my main focus anyway.

it doesn’t stop with the content though. I wanted to do a re-design for quite a while, but I wanted to know what you all wanted first. Since content kinda dictates how the design should be.

So what’s going to change: In short: brighter colors and improved readability. The content needs to breathe, instead of being cramped into the tiny space in the middle. To be honest, with the current design I just took a minimalistic WordPress theme I liked, made it black and put some new stuff in it here and there. And that’s it, I didn’t put much thought in it. With the new design I would like to think it all through a little bit better.

Part of me wants to break up the interview too, so people can read them in shorter bits, but on the other hand I like to present interviews as a whole. I’m not totally sure what I’m going to do with that. Any input?

But yeah, I hope I can post some mockups of design ideas soon.

So that’s it I guess. That’s the plan for moving forward. Once again I would love to hear your feedback on this. Good choices, bad choices? Anything I’m forgetting? Let me know! I would like to get / keep this back and forth communication going as much as possible.

So now I’m going to build the basics of this thing on the side (and it will take some time, especially with my own business and stuff) but in the meantime new content will keep coming. I took a short break while being on the road with Said And Done, but we’re back in business starting today. There’s some pretty cool stuff coming up. Not only cool interviews, but also stuff like an unreleased EP, by a band I love(d), that I want people to hear. Can’t say too much on that yet (you never know what happens), but it should be cool.

As always, keep an eye on the site! And keep talking.