GUST and CORRECTION team up for european tour 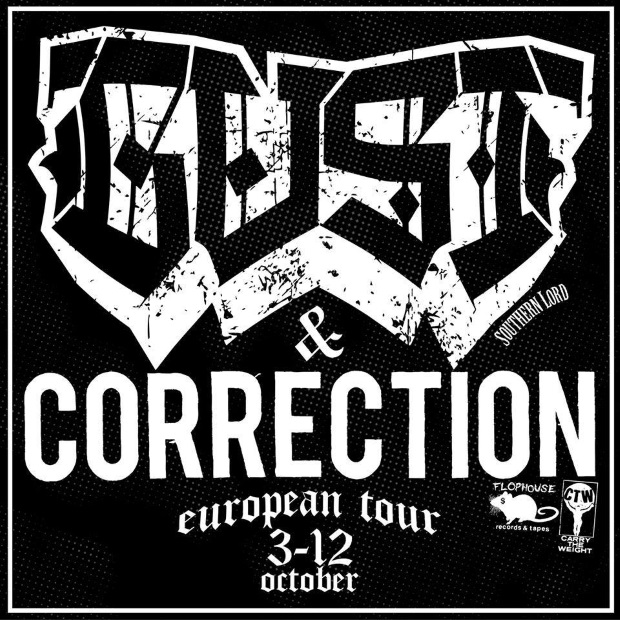 GUST follows up their summer tour with ten European dates in support of the monstrous self-titled LP on Southern Lord Recordings. With influences drawn from bands like Breach and Cursed, GUST’s hardcore juggernaut is gearing up for a fight to the death against tranquillity and calm. Hardcore that feels like you’re being run-over. Don’t say you’re not starved for it these days.

CORRECTION consists of seasoned tour punks from Anchor and Sectarian Violence, rooted in the Swedish crust soil but fertilized with US hardcore like Integrity and Citizens Arrest. The band’s politically raged straight edge attitude is icing to the cake. New 7” on Carry The Weight/Flophouse, “Weaken The Stronghold” out for the tour.