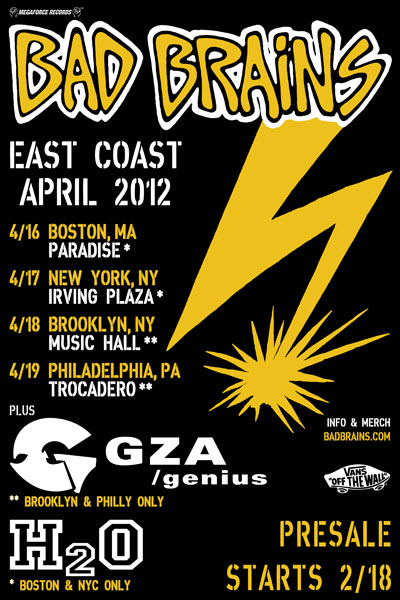 H2O are elated to announce their support slot on two of the forthcoming Bad Brains East Coast shows in April! Appearing at the Paradise in Boston on April 16th and Irving Plaza in NYC on April 17th, H2O will be opening up for one of their biggest influences. Late last year, H2O released a tribute album, titled Don’t Forget Your Roots, where they covered songs from some of the bands they love. On that list was the Bad Brains, and H2O tipped their collective hat to them by covering “Attitude”.

Ticketing pre-sales for the Bad Brains shows will happen on February 18th – more news and info regarding H2O coming soon!