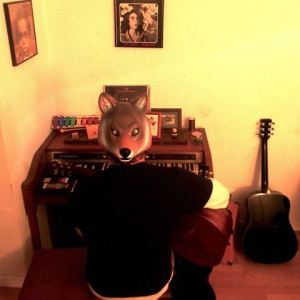 Harm Wülf is the bedroom musical entity of G. Hirsch, known for his moving lyrical and vocal contributions in Philadelphia’s Blacklisted. This is what Deathwish has to say about the upcoming record:

Harm Wülf’s debut album is a collection of songs which touch upon the dark and rustic themes of solitude and aging disappointment. Inspired by a wide range of artists: from the tranquil resonance of Low, rhythmic acoustic strumming of Strength Through Joy and the ascending power of Angels Of Light, to the insular, grotesque Americana of Cormac McCarthy and Flannery O’connor. Most times sparse and austere, others apocalyptically orchestrated, Harm Wülf has the sound of something long since missing.