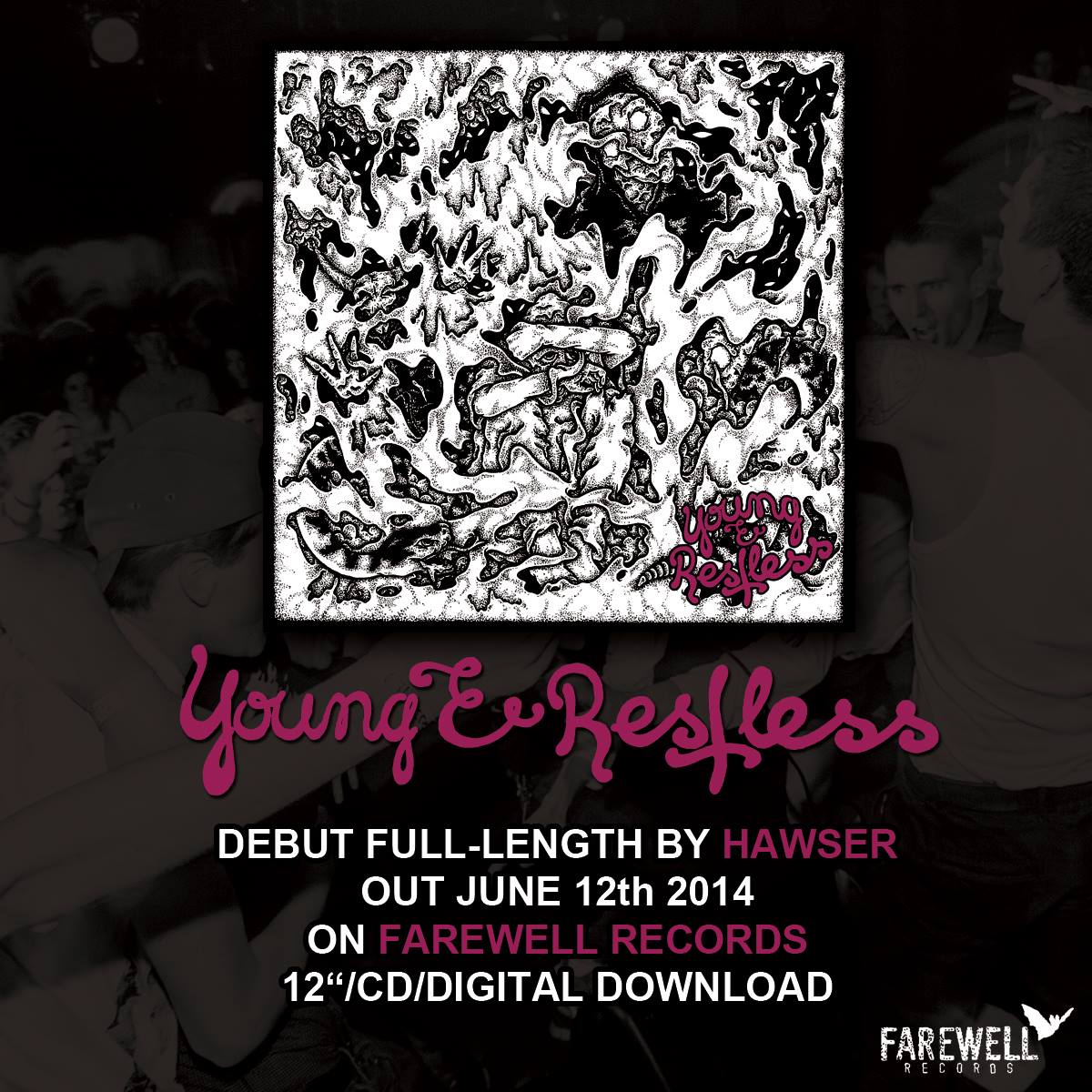 Hailing from the southwestern region of The Netherlands, HAWSER are gearing up for their debut full-length release. Titled Young and Restless, this new record features eleven energetic tracks of uncompromising hardcore, infused with HAWSER’s authentic heavy twist. The band have joined the Farewell Records roster and Young and Restless will be released on June 12th.

“After months of writing, rehearsing and recording, I’m beyond excited for the release of Young and Restless,” says HAWSER vocalist Stijn van ‘t Land. “I feel that we’ve grown a lot as a band since Shallow Earth and that’s definitely noticable on this album. Aside from that, I think this record is definitely more of a personal statement compared to Shallow Earth, not only for me, but for every person in the band. We’re stoked that Farewell Records showed interest in us and considering we’ve had close ties with them ever since we all met, we are very proud to join their roster.”

“HAWSER is a band we’ve followed over the years and we’ve seen them growing and growing,” says Farewel Records label manager Thomas Riechert. “With their hard-working attitude and intense live shows, they totally convinced us that they’re a perfect fit with Farewell. We proudly welcome them to the family.”

With debut EP Shallow Earth under their belt, HAWSER have been touring Europe relentlessly since 2011, tearing apart some of the smallest and biggest venues the mainland has to offer. Leading up to the June 12th release of Young and Restless, HAWSER will be touring hard alongside Santa Barbara heavyweights Downpresser.