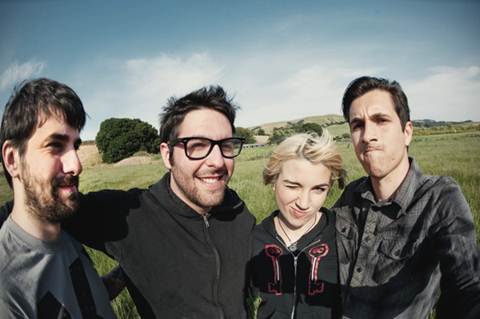 Bay Area (US) punk rock group Heartsounds have announced a run of European dates for Spring 2012, supporting hardcore punk outfit No Trigger. The tour will kick off on the 25th of May in Aalst (BE) and will hit five more countries in the 14 days after.

“We couldn’t be more stoked to announce our first European tour supporting the almighty No Trigger,” says vocalist and guitarist Ben Murray. “We’ve been huge fans of the band for years now, and feel like they are a perfect group of dudes to head overseas with for the first time. All of us in Heartsounds have been wanting to play in the UK, France, Spain, Germany, and Italy for a really long time, and we are beyond ecstatic to be able to finally do it!! We’ll see you all in May/June… Party time!”

The band will be performing in support of their 2011 album “Drifter,” which was released via Epitaph Records. Rock Sound (9/10) stated that with their metal backgrounds, Ben Murray and Laura Nichol “have got the skill to layer classic 90’s skate punk staples of dueled riffs and vocals, palm-muting and double-speed breakdowns into a thoroughly modern set of songs.”Altsounds (80/100) described their punk rock as “highly expressive firework waiting to go off.”