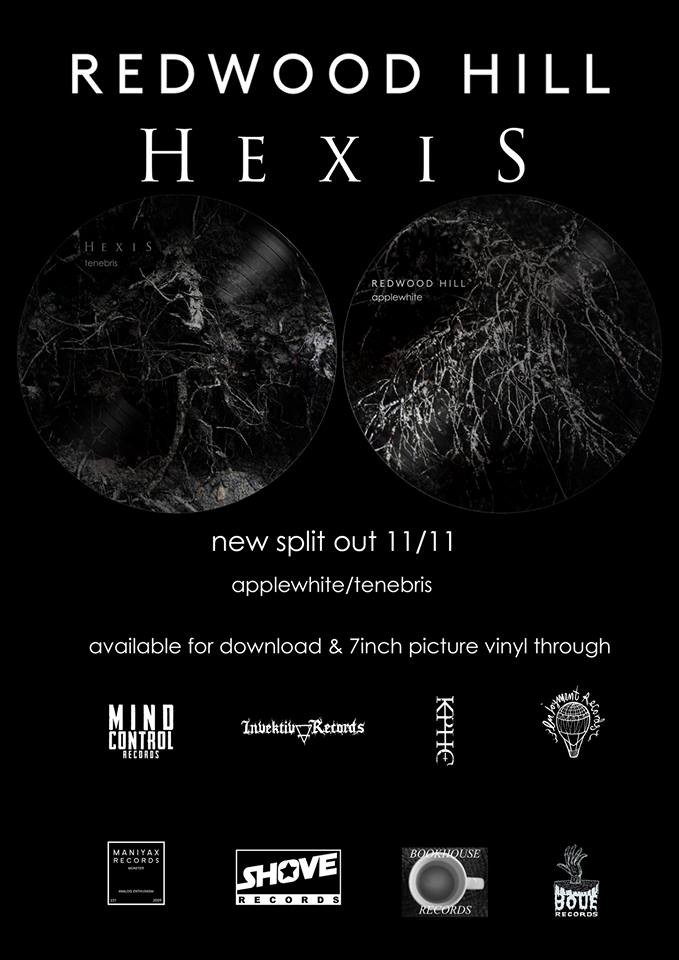 Intense blackened hardcore mob Hexis have teamed up with harrowing sludge bruisers Redwood Hill for a split release that showcases two of Denmark’s most promising contemporary bands. Hexis’ contribution, the absolutely terrifying ‘Tenebris’, is a furious little number, rife with black metal-esque bile and a palpable sense of anger. The track will also be featured on their upcoming album ‘Abalam’ which will be out January 11, 2014 through Musicfearsatan (France) and Halo Of Flies (USA). The band has also released a video for the song, created by Craig Murray (Converge, Narrows, Oxbox etc.), which you can view below.

Meanwhile, Redwood Hill dole out some slow motion punishment with the grinding ‘Applewhite’, resembling a much more evil version of Cult Of Luna. This is the first new material the band have released since dropping their monolithic debut album ‘Descender’ earlier this year.

Get your copy here