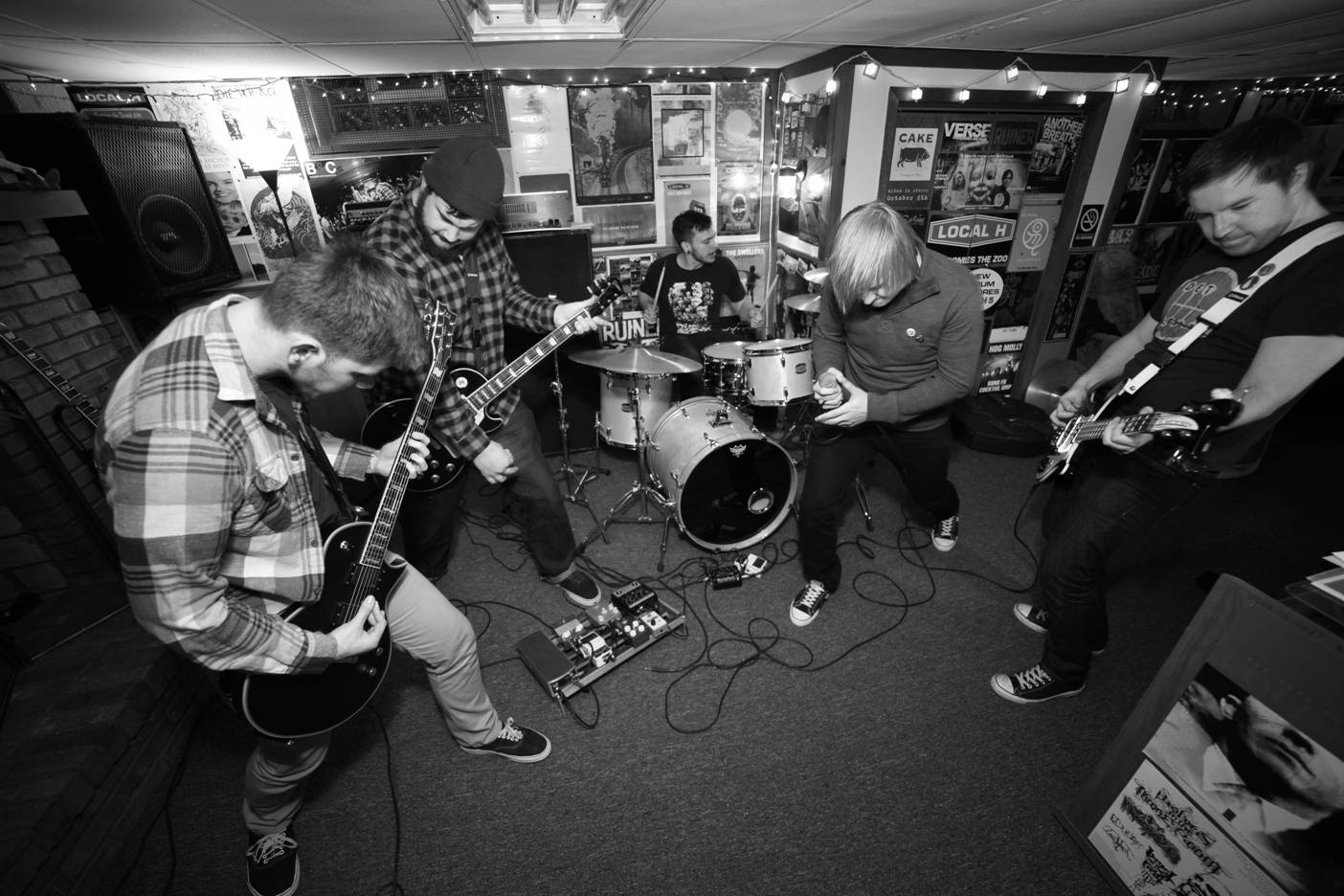 Hollow Earth was a thought between members Mike Moynihan (Guitar) Steve Muczynski (Vocals) and Aaron Goodrich (Drums) during their stint of touring with legendary hardcore band Shai Hulud during November 2010.

One year later, almost to the date, the three friends decided to take that thought more seriously. Rearranging their lives so they would be in the same location in Michigan, the members moved in together and put things in motion to become a real band. Their objective with Hollow Earth was to write sincere music and begin touring as much as possible.

Quickly recruiting Dave Giandiletti (Guitar) and Jake Hicks (Bass) to complete the line up they wrote a six song EP entitled “We Are Not Humanity” within the two and half months of their inception and headed off to record at Getaway Group in Massachusetts with Jay Maas (Defeater, Verse, Shipwreck).

On “We Are Not Humanity”, Hollow Earth draws on the influence of legendary bands like Turmoil and Buried Alive, capturing the energy and anger of hardcore that has been lost on so many new bands. Hollow Earth’s lyrics are dark with thought provoking premonitions that paint a picture of impending doom that threatens the human existence. Riding into our demise, there’s no turning back, the decimation of our world is eminent and Hollow Earth is the perfect soundtrack to play us out. “We Are Not Humanity” will be released on April 17th, 2012 through Panic Records on CD, Vinyl and Digital formats.

Listen to two new songs from “We Are Not Humanity”: