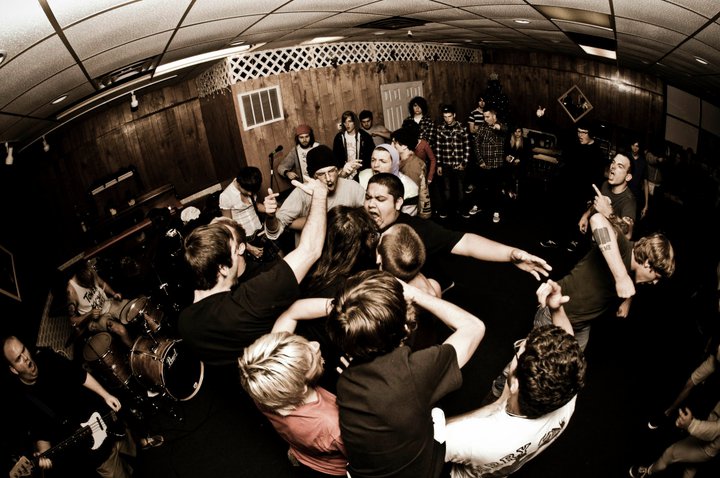 Ohio’s HOMEWRECKER has recently completed recording sessions for their upcoming 12″ titled ‘Worms & Dirt‘, scheduled to be released in early 2012 via A389 Recordings.

Recorded by Bill Korecky at the infamous MARS compound (Integrity, Ringworm, In Cold Blood), ‘Worms & Dirt’ delivers nine tracks of the band’s darkest and most savage material to date.

The band has posted an unmastered track ‘Chained Hanging Victim’ (featuring guest vocals by Dylan Walker/Full Of Hell) as a preview of what to expect when ‘Worms & Dirt’ is released next year:

HOMEWRECKER will also embarking on a series of dates leading up to the A389 VIII Anniversary Bash, in Baltimore this January. Be sure to catch them in your town: