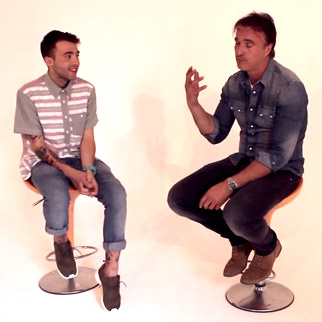 Icebreaker is an Artrocker magazine feature series inspired by Jägermeister, which breaks the ice for bands to meet legends from outside their day-to-day world.

During this slick bout of questioning, the big man came out with some pretty sublime quotes including:

“In the car before the game I’d listen to Led Zep, Clash – I love the track ‘Magnificent Seven’”

Check out the five minute version of the video here: