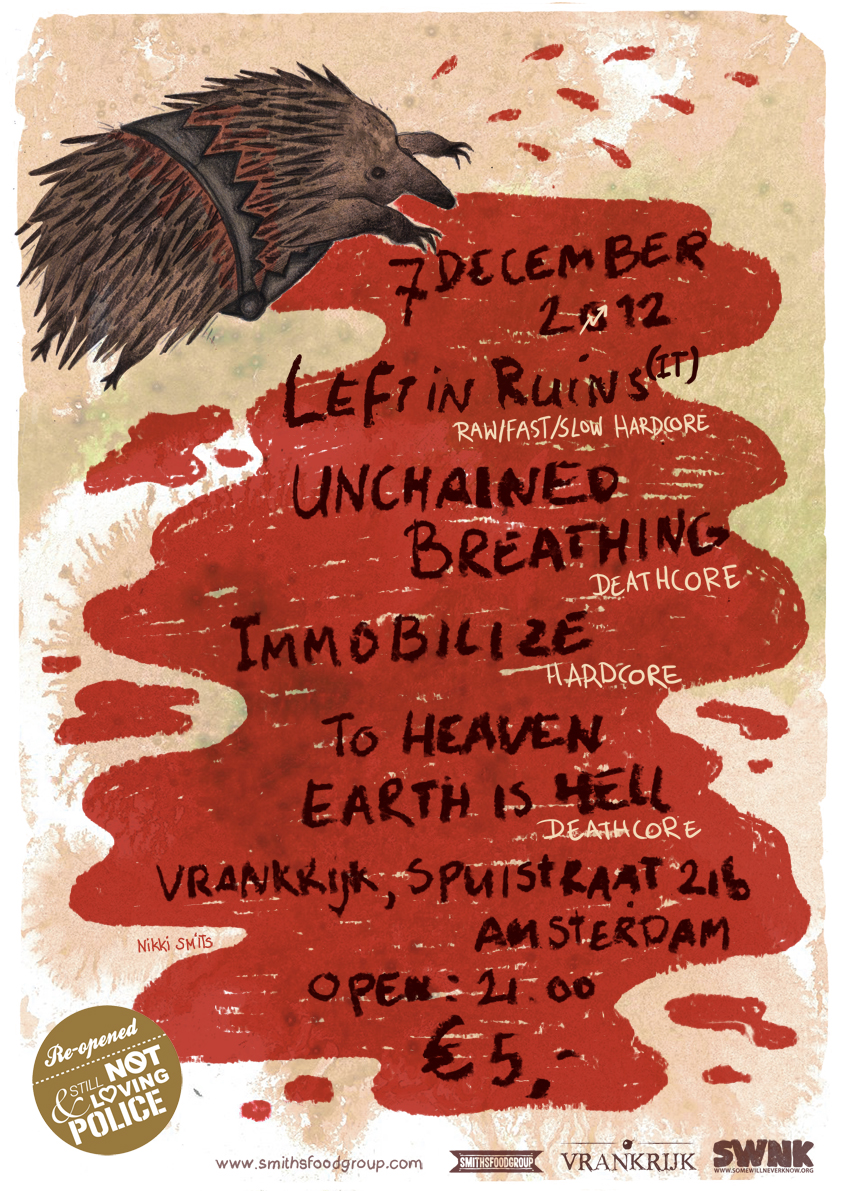 Usually we don’t announce shows as news, but now and then showpromoters/bookers get in touch with us to promote a show. We don’t say yes to every request and of course we have our showlist and showbookers database, but since we love DIY we sometimes agree to help people out with promotion:

The Italian Left In Ruins is coming to Amsterdam on Friday, December 7th. Unchained Breathing, Immobilize and To Heaven Earth Is Hell are doing the support. It is the first time that the bands will perform at the legendary Vrankrijk. Tickets are 5 euros.

Left In Ruins makes raw hardcore, comes from Italy and only has one dream: to play as much as possible. Influenced by bands like Trash Talk, Ceremony, Bracewar and Drop Dead, they have already released a 8 songs tape, but also got enough material for a new record. The Limburg Unchained Breathing celebrates their first anniversary! The line-up of the band has recently shifted: the bassist is changed and Davy Smeets has joined the group. He does the keyboard parts and the clean vocals and gives the band a more powerful sound. Immobilize is a hardcore band from Eindhoven rockcity which was founded in 2008. They started as a metalcore band, but after drummer Maxim Lankveld took the microphone, the sound moved towards hardcore with metalcore elements. Behind the band name To Heaven Earth Is Hell goes six young men with one common goal: play, play and play again, preferably every day at a different stage. Ideal music for fans of Unearth, Killswitch Engage and The Devil Wears Prada. 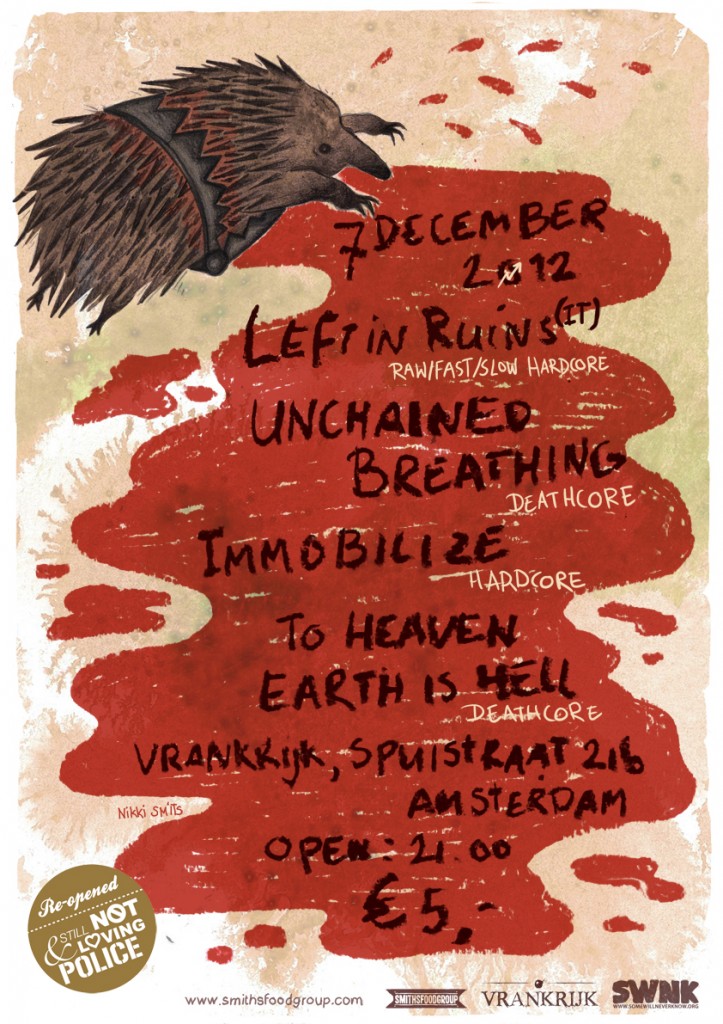