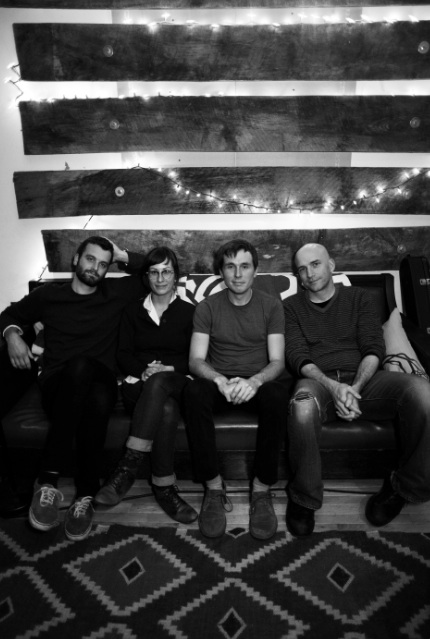 LEMURIA are gearing up for round two of recording their yet-to-be-titled third full length album at the Magpie Cage with J Robbins (Against Me!, Jawbreaker, The Promise Ring).

The band entered the studio in early December where they spent ten days laying down the initial album tracks and will be back at it from January 22nd through February 5th.

We’re excited to be recording again at J Robbin’s new studio in Baltimore, MD and finishing up our new full-length record for Bridge Nine. We’ve balanced out our busy lives over the past year with a number of songs that collectively create an atmosphere of distance and contemplation, while still reaching towards some of the band’s catchier, energetic tendencies. We have some plans for a few guest appearances on this record, and also some new sounds and ideas to progress from Pebble. Also, Alex will be tracking all of his drum parts while his kit is on fire.

Lemuria recently played in Brooklyn, NY at Warsaw (alongside Fucked Up, Night Birds and Parquet Courts) where they were joined by the legendary Ted Leo to preform a cover of Elvis Costello’s “Waiting for the End of the World”.

Lemuria will be returning to Brooklyn on February 8th where they’ll be playing the Don Giovanni Records Showcase at the Music Hall of Williamsburg – more information is below.