Lemuria in the studio now with J. Robbins for RSD 7″ 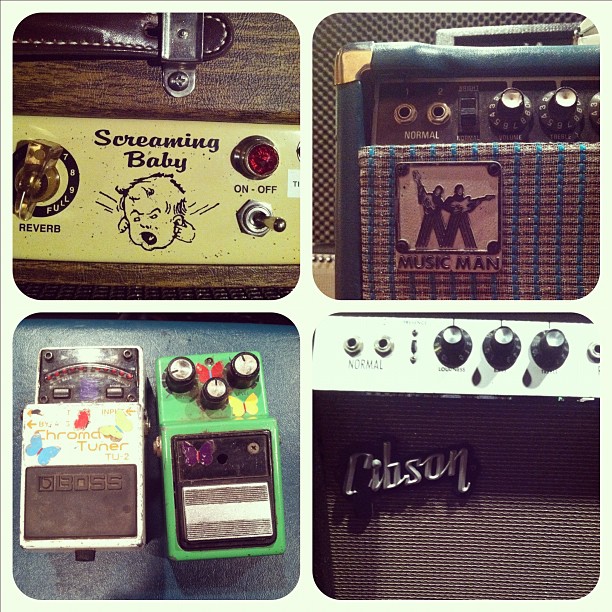 Pop/post-punk three-piece LEMURIA spent the last year going strong on their Bridge Nine debut album, Pebble, which hit stores in January of 2011. Over the course of the year, Lemuria toured all over the world, including the US, Canada, Europe, the UK, and even Russia. Now, the band is excited to kick of 2012 in the studio recording two new songs for a special 7inch for Record Store Day! Lemuria drummer Alex Kerns commented, “We are all fans and supporters of our own local record stores, and fully support the mission of ‘Record Store Day’. This year, everything seemed to work out timing-wise for us to contribute our own release, so we jumped eagerly at the opportunity! We entered the studio in Baltimore with J Robbins yesterday to record two songs for a very limited, very special RSD only release. The songs will be the first recorded to feature our new bass player, and the record itself will feature artwork from our friend Sarah Abbot. You can help by requesting your local record store to carry this release, and by buying our 7″ and other limited records on April 21st!”

Details regarding the RSD 7 inch will be announced soon, as well as two very special video premieres for Lemuria. Their new videos for “Wise People” (directed by Paul Cummings) and “Pleaser” (directed by Thom Glunt) will surface this month and next, respectively.