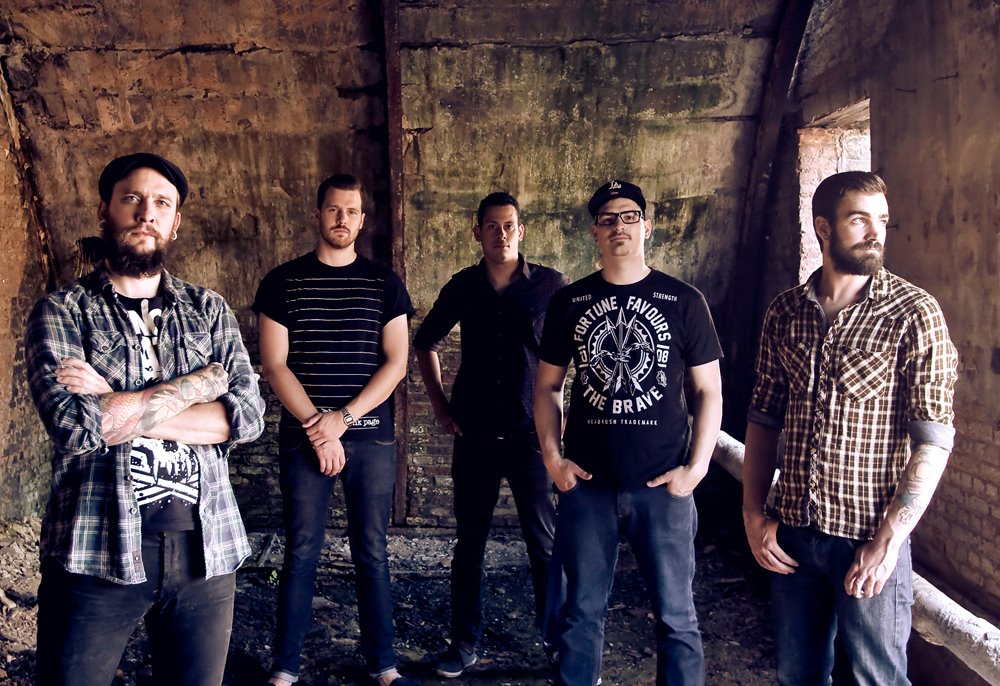 Hailing from the streets of Rotterdam, the Netherlands, Meet The Storm have announced their new record “to what end…” which comes out on May 25th. For the release of their debut full length album the band have signed with White Russian Records (Striking Justice & Harsh Realms) who will put out “to what end…” digitally and on CD.

Mixed and mastered by John Mitchell (Architects, Your Demise & The Blackout) at Outhouse Studios, the band’s punk roots as well as their hardcore ethic and southern rock influences shine through on this record. Front man Matt Szijj explains: “We were beyond stoked to work with John. He really gave us the feeling that he could deliver exactly what we needed, and he did! It has become a raw and heavy, yet open mix that equally balances each aspect of the record. We couldn’t be more happy!”

In anticipation of their Spring release, the band have released the first track off of “to what end…” called ‘Saviours’. Long-time friend and Cancer Bats vocalist Liam Cormier said the following: “Rotterdam is the last place you’d think to look for a band with some true ‘southern swagger’ but Meet The Storm do just that with their debut album. With tons of balls and loads of groove, these lads show that the years of kicking ass and taking names has only fueled the sexual beast we all lovingly call ‘rock and roll’. Check out my personal favourite ‘Saviours’ and hopefully I myself and anyone with ears, will get to catch these boys riffing their dicks off next time we’re in their neck of the woods.” Listen to ‘Saviours’ on the website of Meet The Storm.

Until the release on May 25th, a new track will be previewed on the band’s website weekly, accompanied with acclaim of well-known friends from the music scene. Pre-orders are available now through White Russian Records.