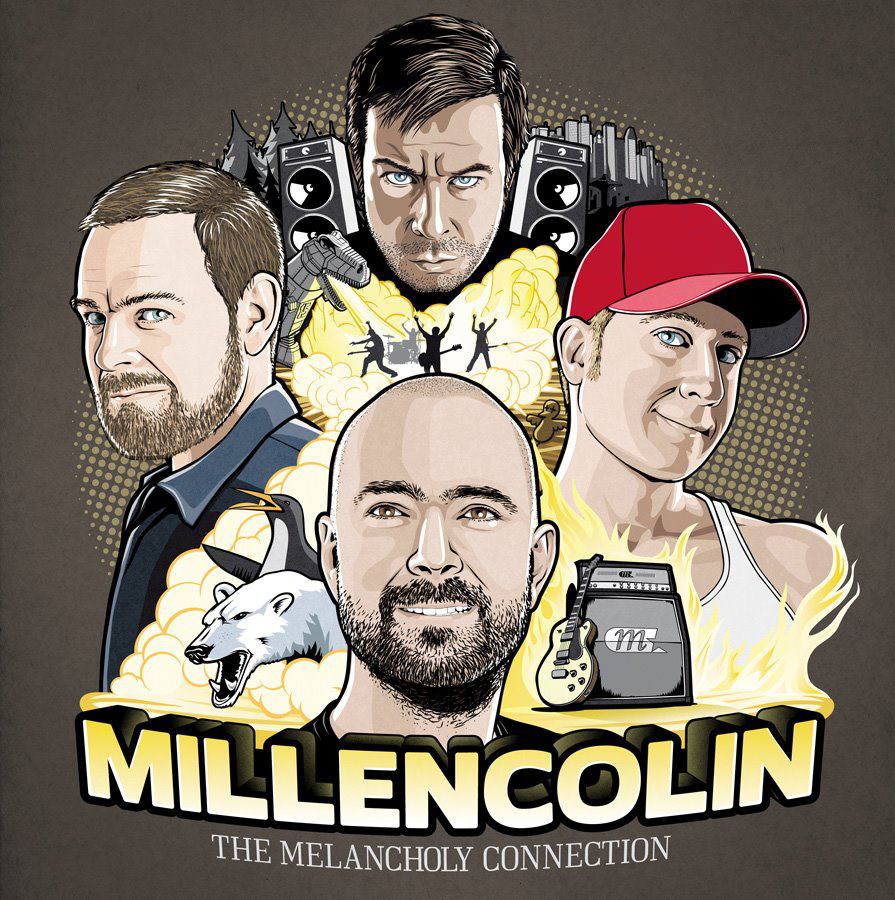 We already mentioned it before, but Millencolin will celebrate twenty years in action with the release of The Melancholy Connection. This assemblage of cherished b-sides, a follow up to 1999’s The Melancholy Collection, features two brand new songs and twelve rarities spanning from the band’s break-out album, Pennybridge Pioneers, through today.

The CD is paired with a ninety minute DVD titled, A Pennybridge Production that takes fans inside the making of Pennybridge Pioneers with never before seen archival footage, interviews with the band and electrifying live performances.

Guitarist Erik Ohlsson said the following about it:

We had a lot of footage archived from the Pennybridge Pioneers recording that we shot ourselves. No one has ever seen any of that footage and since we have new live footage from the 10th anniversary tour of the album, now would be a perfect opportunity to make something out of it.