Misser on tour with Diamond Youth and Young Statues 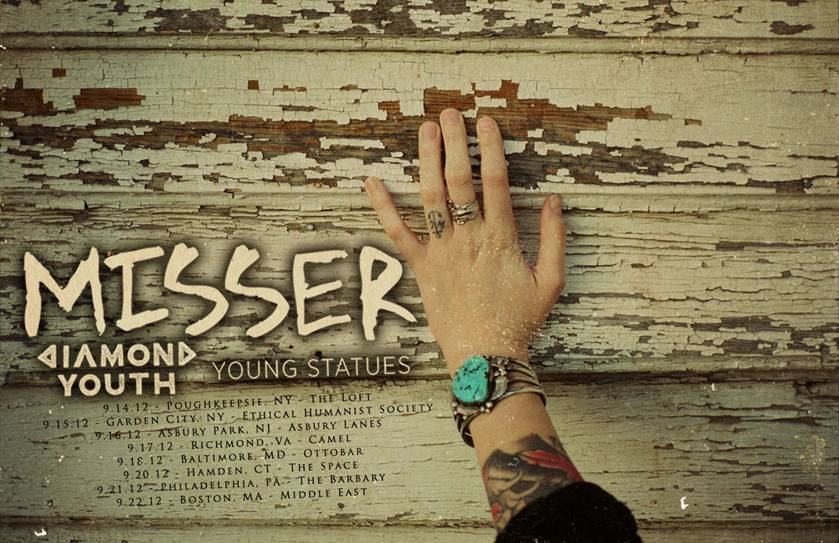 MISSER the indie duo comprised of Tim Landers of Boston, MA’s Transit and Brad Wiseman of Walnut Creek, CA This Time Next Year, have only played a handful of one-off shows in the U.S. and the UK since the release of their debut LP, Every Day I Tell Myself I’m Going To Be A Better Person, but the guys have just announced plans for their first-ever official tour which will kick off on September 14 in Poughkeepsie and wind down on September 22 in Boston.

Supporting MISSER on all of the dates is Diamond Youth and Young Statues.

Every Day I Tell Myself I’m Going To Be A Better Person was recorded in February 2012 at Danvers, MA’s Maximum Sound Studios and was co-produced by Gary Cioffi (Four Year Strong, Transit) and MISSER. The LP is the follow-up to the band’s 2011 3-song debut EP, Problems. Problems. Problems.