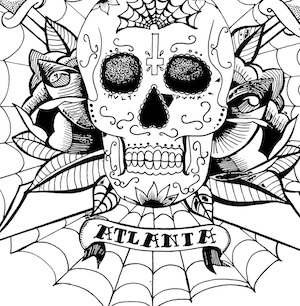 Atlanta’s CAMPAIGN is excited to announce the availability of a new 7″ release, One Night Weekend. The release is a joint effort between the band’s own Dick Party Records and their friends at No Breaks Records.

The 1st pressing will be limited to 300 copies with the first 100 on clear red vinyl and is available for order now here. You can stream both songs here:

Practicing a heavier approach, Campaign’s songs take on a whole new life often moving into thicker post-hardcore waters. The melody remains front and center in Campaign’s passionate hardcore anthems but the band has added new dimensions to their sound. The anger and vitriol have been ratcheted up a notch here as the dynamic five-piece sounds downright combustible.

Also, Campaign just finished recording their next proper EP, to be called The Black Album. The EP will be available digitally and on vinyl this coming Summer and will also be a joint Dick Party/No Breaks release. Stay tuned.