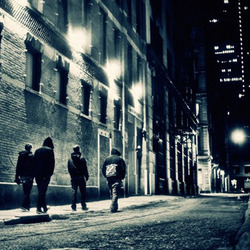 Ted, Blake, Devon and Mike hail from hardcore’s true home, New York City. Together they have drawn on countless influences to create a modern take on New York Hardcore. Their debut full length album “Empire State” on Countdown Records was released in 2009 and has been received very well worldwide. A lot of new friends were made touring Europe for this release. Recently the band has refined their classic feel with this second full length release on WTF Records. Produced by Mike Dijan (Breakdown, Skarhead, Crown of Thornz), this new full length release displays a wide range of sounds and feels, rooted in the classic grit of New York.

Prepare for a new sound and a new piece of NYHC history.