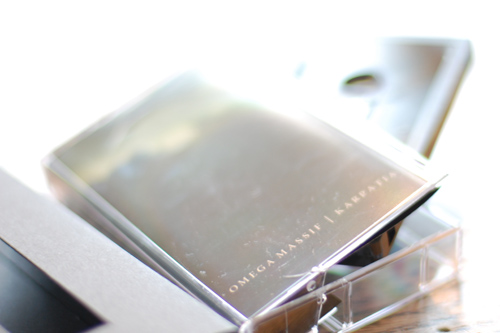 La Casette Jaune got in touch with the following news:

The Omega Massif – Karpatia Tape is finally released on my tapelabel La Cassette Jaune – 101 copies are made and only one copy is yellow (case and cassette). Maybe you´re the lucky one to get it… The tape is held in the design of the vinyl and comes with a handmade cutout cardboard sleeve:

“This is maybe the most awaited (instrumental) metal record of the year. Founded in 2006, OMEGA MASSIF quickly seized the attention and interest of listeners from several genres (metal to doom to sludge to instrumental postrock) through the years – and that’s a result of just 2 records in 5 years: their demo KALT and the first full length GEISTERSTADT. OMEGA MASSIF are a convincing studio and live band. These aspects and the fact that they have a keen sense of sophisticated song structures are maybe the main reasons why OMEGA MASSIF filled bigger venues step by step – while having started with local squat, they have by now played festivals like ROADBURN, HELLFEST, SWINGFEST etc.!

Their new and 2nd album KARPATIA, a result of two years songwriting, again unites the well known calm melodic components with an immense dynamic and dark feeling in the monolithic heavy parts. In contrast to other instrumental bands, OMEGA MASSIF invent their own sound and are able to maintain the tension throughout the whole record without the usage of cheap climax ideas. We could continue to tell you how apocalyptic and intense this record is – but it’s maybe better to push the start button and to judge by your own if OMEGA MASSIF created another masterpiece after GEISTERSTADT.”

The tape is 6 € plus shipping:
– 2 € shipping Germany (no insurance) or 4 € (insured)
– 4 € shipping Europe/World (no insurance) – if you want it to be insured please get in touch!
– paypal prefered (fees are included in shippingcosts) to maniyaxrecords@gmail.com