On Thin Ice / Morrigan to play with Integrity 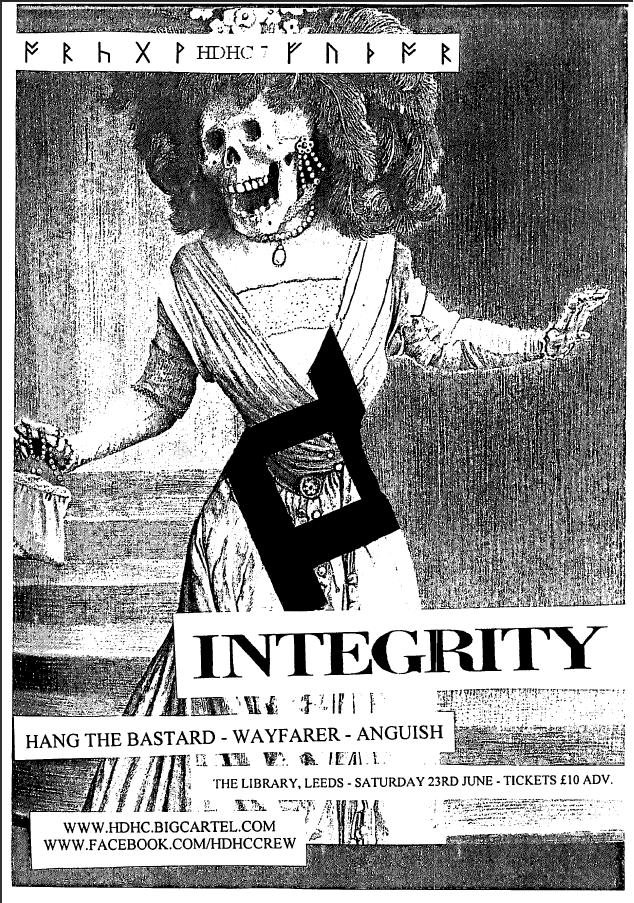 Formed in the earlier half of the decade, Margate’s On Thin Ice managed to record a couple of 7 inch’s and a split with Down To Nothing in their short existence, quickly gaining a reputation for attracting the hardcore scene’s reprobates and the ensuing chaos of their live shows. Utilising the frustration born from living in a mediocre town with not much to do, the band proceeded to destroy venues across the UK with their no frills NY influenced hardcore for a couple of years, before prematurely self destructing. The members went on to form various bands in the years to follow, before re-uniting to play Carry The Weight fest in Kent last year. At the time, my work commitments meant I was unable to attend, leaving me sad at the prospect of not catching the band one last time. Vocalist Nate is a good dude however, and he has agreed to get the members together again for my INTEGRITY show in June.

The members have moved on to playing in a new band called MORRIGAN. Their first recorded material will be dropping on Carry The Weight later this year, and in Nate’s own words sounds like ‘Those Who Fear The Age Of Quarrel’. So, to bring Morrigan into the live setting, and appease my endless pestering, both bands will be playing a split set, along with the other bands on the flyer below. This may be literally your last chance to see On Thin Ice so any UK kids reading, please take note.